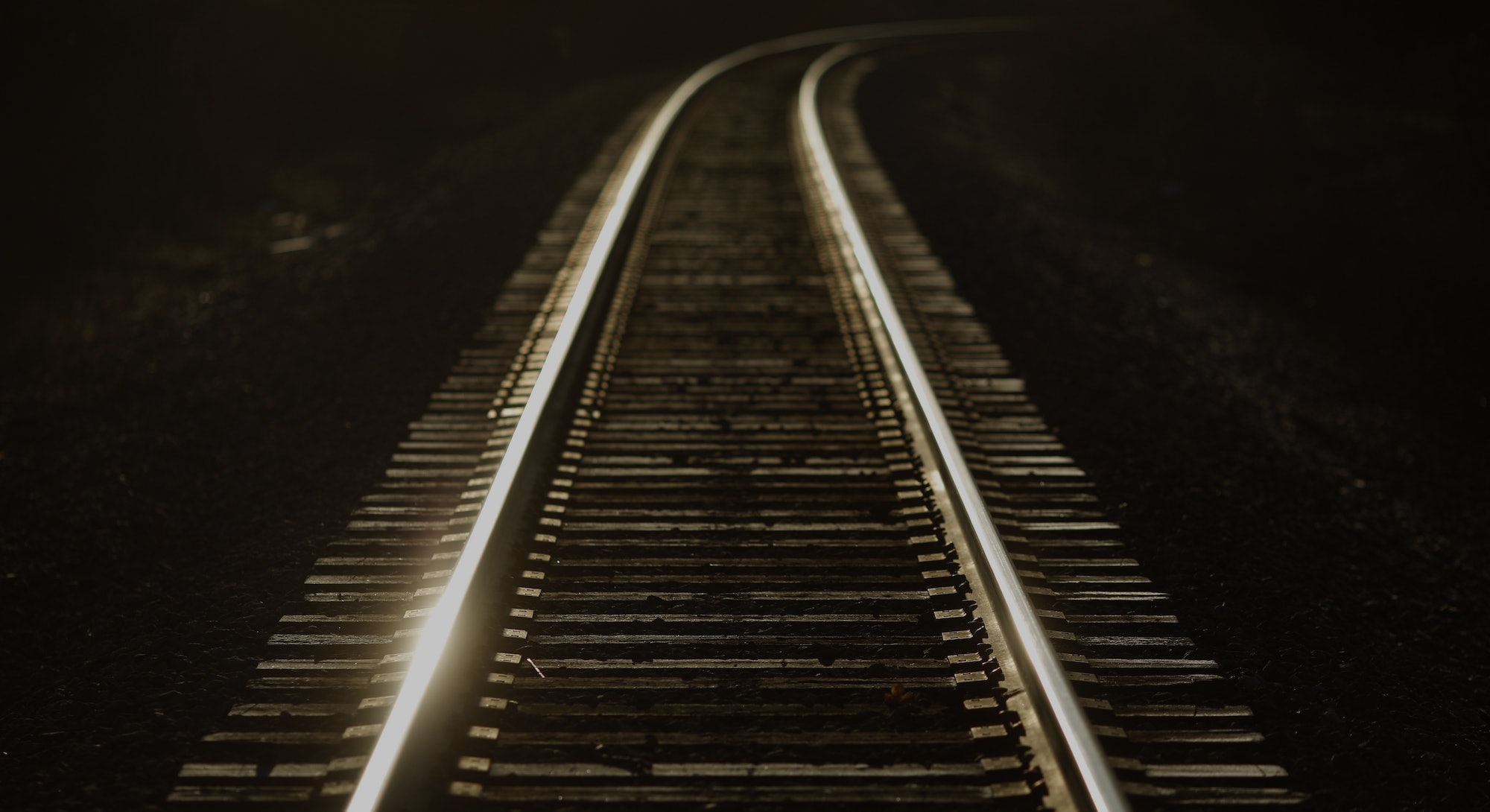 One of my first memories of train travel is taking the TGV from Paris to Euro Disney (now “Disneyland Paris”) with my father. Growing up, we would visit my uncle, Marc, who lived in the City of Lights and I would drag my poor dad to the ‘burbs so we could be the only Americans laughing at the dinner theater production of La Légende du Buffalo Bill. I’m convinced one of the best parts of the trip for Dad was the train ride. He would tell me tales of the Train à Grande Vitesse’s speed as the countryside whisked past. I continued to ride high-speed rail in Europe many times on trips there — making a few dozen Chunnel trips — and when I studied abroad.

I don’t say any of this to flaunt my Eurostar bonafides or my privilege. My dad wrote about food and wine. We went to Europe a decent amount and, in some ways, I grew up in a world with high-speed rail. Back home in Denver, however, train travel wasn’t efficient. It wasn’t until college in Boston that I rode Amtrak and learned the harsh truth about American trains: They are terrible. I struggled, as someone who saw high-speed train travel as an every-day type deal, to understand why the trip to New York was so long and unpleasant. I still do.

Our nation’s infrastructure is crumbling. Our roads are crowded. Gas is temporarily inexpensive, but we know how that ends. People need jobs. What is the holdup? I checked in with some movers and shakers to find the source of the slow-down.

Andy Kunz, president and CEO of the U.S. High Speed Rail Association, is as passionate as they come. Kunz wants to talk rail and he comes across as a total idealist — if a bit of a hippie. His passion is palpable and refreshing. He seems unfazed about all of the factors his organization is up against.

“Our country’s not really made a commitment to high-speed rail in a big way, at all,” Kunz says. “In fact, we have a lot of forces in this country that are trying to stop it. Mainly, the big industries in transportation who are making money now: big oil, big roads, aviation. Most of those industries do not really want to see a major rollout of high-speed rail all over America because they see that as a huge threat to their businesses.”

Saying our rail system is “third world status,” Kunz goes on: “We, as a nation, have spent all our money on roads and aviation. Every move we make: Every airplane, every bus, every truck, every car: It all runs on oil.” He cites “trillions of dollars” we spend on transporting, and procuring oil, not to mention what we’ve invested in war with oil-rich countries — treasure and lives. When I ask him how much it could be to build a nationwide system, he won’t put an exact figure on the total cost.

“They’re going to connect Sacramento to San Francisco, San Francisco down to the Central Valley right into Los Angeles, and then down from there into San Diego,” Kunz says, like a giddy kid at a ballgame. “That’s like $68 billion to build that. So you can start there. But here’s the cool thing: It costs $68 billion to build, but the state, more than likely, already had on the books 40 or 50 road projects, another runway expansion project, another highway expansion. If you added up all those projects that were already on the books and they hadn’t actually funded yet. It probably totals two or three hundred billion, and they would have just moved forward with it over the next 20 years building. And by building this high-speed rail system, they won’t need any of these projects. This will decongest the aviation system by up to 50 percent. And it will decongest the highways up to about 20 or 30 percent.”

Kunz points to a map above as an inspirational vision for U.S. High Speed Rail. It’s less than China built in the same amount of time, but it’s still a lot — more than seems likely to become real. But he’s case for it isn’t purely based on his enthusiasm, it’s based on economics. When we burn fuel, money leaves the U.S. economy. When we don’t, it doesn’t. That’s a simplified line of reasoning, sure, but it holds water and, on a super smooth line, doesn’t spill it. Now if the Republicans — support isn’t split down party lines but hardcore opposition comes from the right — would just get out of the way.

Not gonna happen. When I reached out for comments from members of congress, the responses came from one side of the aisle. Some were thoughtful and some were boilerplate, but they were all a deep dark shade of blue. Here’s what the leaders on the issue had to tell me:

“We need a 21st century intercity transportation system that allows people to move quickly and inexpensively across the country. High-speed rail is the answer. In the next 30 years, we’re going to add 70 million people to the U.S. population, mostly in already populous urban areas. Our roadways and railways will be moving nearly 50 percent more freight than today. It’s inconceivable to consider such an increase on our existing transportation network, where congestion already costs the U.S. economy $160 billion a year. We can’t, and shouldn’t want to, pave our way out of this. Instead, we need a serious, national plan for intercity high-speed rail that can move more people faster, more safely, and more environmentally sustainably than our existing system.

We’re seeing refusal by many in Congress to pay for the infrastructure we have, let alone what our growing economy needs, across all sectors of transportation. We will have a high-speed passenger rail network in the United States, despite consistent efforts to chop away and minimize our existing passenger rail system. The question is whether we are going to build on the rail we have — American built and managed — or will we wait until it deteriorates further, leaving us to contract with Japan or China to build our high-speed rail for us: paying more and shipping the profits and the work overseas.

There’s a misunderstanding of what our transportation infrastructure means for our economy, freight movement, and the strength and health of our communities. As a result, we have a Congress that hasn’t raised the gas tax in 22 years, slashes FAA funding and then complains about flight delays, and cuts Amtrak funding and then blames Amtrak for delays and crashes. This is a self-fulfilling prophecy. We’re going to keep seeing the costly, sometimes deadly, consequences of our inaction. To make high-speed rail a reality, Congress should start by finding a dedicated, long-term solution to transportation funding.”

Rep. Paul Tonko, New York, Democrat (who, as his communications director points out, takes the train from Albany to D.C. every week):

“Unfortunately, there is simply no political will from the Republican majority in the House to make these investments. As Congress reconvenes in September, I plan to continue my work to advocate for robust funding for rail improvements along the Northeast corridor and across the nation.”

“Our national transportation infrastructure is outdated and in great need of modernization. Throughout the world, high-speed rail has proven to be a great solution for providing safe and quick travel to major metropolitan areas. In my district, I have been working with U.S., state, local and international officials to create a high-speed rail system from San Antonio, Texas, to Laredo, Texas, and on to Monterrey, Mexico. This rail system would greatly increase commerce as well as improve travel time for both consumers and workers.”

That California line has had its fair share of issues, not the least of which was the passage of the Denham Amendment. Proposed by California Republican Rep. Jeff Denham, the amendment nullified the previous agreement between California and the federal government for rail grants. When I reached out to Rep. Denham to find out why he added the amendment to the Transportation, Housing and Urban Development appropriations bill, his Communications Director, Jordan Langdon, responded by sending me this link to a press release.

“Congressman Denham supports building high-speed rail,” Langdon wrote me. “But not the way it’s being done in California — vastly over budget, with slowed speeds, lower ridership numbers, and shorter segments on land stolen from farmers through eminent domain.”

It’s no wonder the Democrats are eager to go on record and Republicans aren’t. It’s a lot harder to defend cuts and austerity than jobs and comfy seating. And it does seem to be Republicans that are cutting funding for big ideas like rail. (Both sides should be ashamed that they aren’t addressing our crumbling bridges, roads, tunnels and current rail lines as detailed in this shit-your-pants 60 Minutes report.)

The lack of high-speed rail in the United States makes you wonder what’s happened here. It’s not just that we don’t already have it — like every other comparable nation — it’s that it’s not even under development. And, if it is, Congress is finding a way to slow it down or the Chinese are building it for us. The U.S. budget allocated roughly $59 billion for transportation spending this year. What if, say, one-third of that went to high-speed rail instead of highways? Tracks would start poppin’ up almost as fast as the trains, themselves, run.

It didn’t always used to be this way. Even post-FDR, Congress passed massive highway bills and gas taxes. There was an understanding that, sometimes, large-scale government projects can do the public a service while creating jobs. Now, the word “tax” in our political discourse is basically verboten. Congress needs to grow up and grow a pair. The presidential candidates need to start talking about big ideas again. And we need a way from point-to-point that doesn’t involve LaGuardia Airport or Route 66. It’s 2015: The United States should act like it.