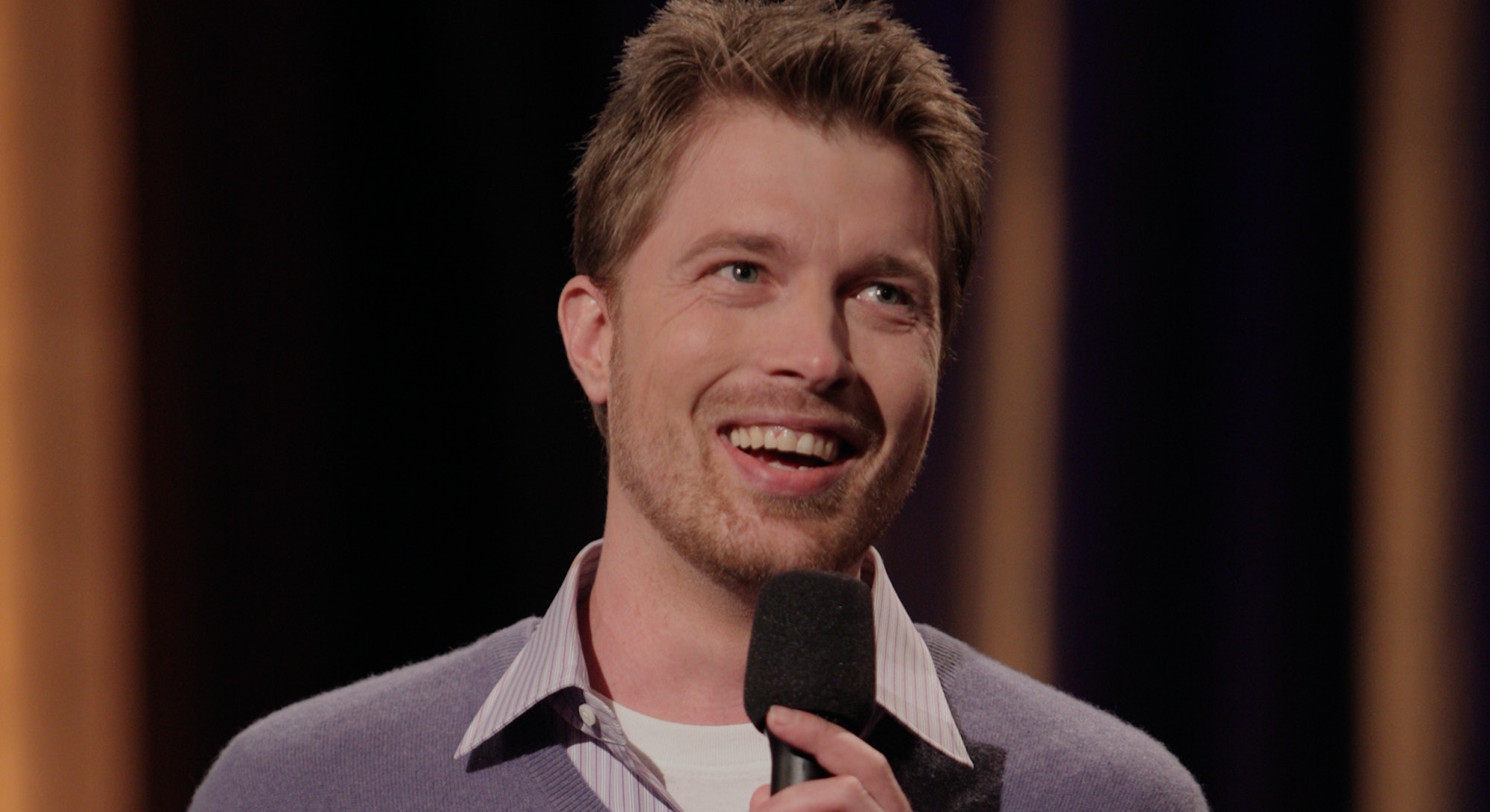 Standup comic Shane Mauss is no scientist, but he thinks science is hilarious. What better way is there to answer the sort of rhetorical questions that made Seinfeld famous? Science knows what the deal is with everything, from quantum re-alignment to why men chug beers to impress their dates, a phenomenon he explores on Mating Season, his Netflix special. He’s come to rely so much on science for source material that he frequently interviews scientists for his podcast Here We Are on which he discusses his amateur inquiries and faith in psychedelic drugs.

He talked to Inverse about translating lab work into entertainment and mind expansion more generally.

Science isn’t the easiest thing for a layperson to get into. What first drew you to it?

I realized I had all these jokes about time travel in my act, so I started looking into time travel more and that got me into learning about physics. And I was always a bitter, angry atheist because I was raised in a pretty strict Catholic household. Because of that, I was always arguing with people about religion, and I needed to learn about evolution so I would have more to argue.

But what made you realize all that science was funny?

A girl I was on tour with, we ate mushrooms one night and had a wonderful evening and then watched some Animal Planet. We later started dating. She was a big pothead, so I was smoking more weed than usual.

I was in this new, exciting relationship and writing a lot of stuff about that. I was writing a lot of jokes about animal behavior. I was always saying funny things, anthropomorphizing the animals, we were always laughing. I started looking into animal mating more. Once I started reading about evolutionary psychology and biology, that just changed my life. But I wanted to do bigger things that were further-reaching than the science of dicks.

It seems like you’ve to give people a way in if you’re going to talk to them about science. Judging by your work, talking about drugs seems like a good way to hook them.

I started putting together a show about psychedelics. I was actually reluctant to start doing that because I didn’t want people to be like, ‘Oh, he’s a drug guy’ or whatever, but it just happened quite naturally. You are talking to someone who did just do ayahuasca yesterday.

But I’m nervous about being labeled as ‘the trippy guy’ because I have a pretty scientific approach to psychedelics. I do a lot of DMT, and I think it’s a way to see how your non-conscious mind operates. But most people think it’s spirits and other dimensions. I’m not of that school of thinking.

What was the hardest part about folding science into your stand-up?

It took so much time to set up these ideas. The big problem with standup is the impatience involved with the audience. It used to be that Bob Newhart could just set up a premise for like five minutes and then do a whole long awesome piece, and people would just sit there quietly, engaged. That is just not the case in a lot of places anymore. Definitely not in a comedy club.

I really have to focus on brevity to figure out: What are the most important ideas that people need to know for this idea to make sense and for this joke to work? That’s the most challenging thing. And sometimes, after I do that, it’s like, is it still clear now what I’m doing?

Can you give an example of a scientific idea with a big payoff?

Let’s do the negativity bias. The idea comes out of engineering — that if you’re making a fire alarm, you have to assume that the fire alarm that you’re making isn’t 100 percent perfect. If it’s going to err, it can either go off too often — you just burned something in the office, and that’s annoying — or it can not go off when there’s an actual fire and people die.

Along those same lines, our brains have evolved the same sort of system. The negativity bias is just simply that our ancestors, if they got a reward or found some extra food, then, nice. But if there’s a rustling in the brush, that might be the wind, but you’d better look to make sure that it’s not a lion. The cost is that you can be paranoid and set off a stress response or miss out on some opportunity — as opposed to the cost of being eaten by a lion. You want to bias toward toward the negative and nervous side of things.

How do you turn that into comedy?

You take all that information and then figure out: What do people actually need to know about this negativity bias? I decided to use the example of our ancestors: If you need a little extra food, great, but if something bad happens, you’re dead. That’s just the setup.

The funniest thing about evolutionary biology is this idea that humans are just animals.

In his book Sapiens, Yuval Noah Harari tells the story of human history like it is: We’re just another species on the evolutionary tree.

I’m listening to it on Audible right now! That dude’s got balls, too. He just says stuff the way it is.

So I run into this once in a while, where sometimes a scientist is so funny that, like, damn it, if they woulda just gave me the information, I would’ve thought of that same joke. And I find his book to be that way. His way of putting things is just so in your face, so matter of fact, and he just mocks everything in life. Like, life is really a joke to him, it seems. I think he just gets it.