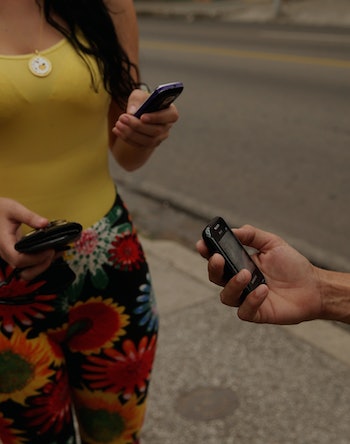 Long blaming economic sanctions for scarce and expensive internet access, the Obama Administration’s plans to loosen business restrictions on Cuba presents the country with a moment of truth. How connected does Cuba’s government really want its people to be?

“What we have heard is companies like Google have been going out there and trying to establish relationships on three or four visits already,” Jose Luis Martinez of Connect Cuba, tells Inverse. Connect Cuba is an initiative by the Foundation for Human Rights in Cuba to promote open and uncensored internet access.

“Unfortunately, what I think we’re finding is that proposals are not being met with the open arms of the Cuban government,” Martinez says.

Obama loosened restrictions in 2009 on telecom providers bringing business to Cuba, but not much changed, potentially because no one understood what the rules were. Cuba’s first 64kbit/s connection was hooked up in 1996, and in the decades since — as connection speeds taken for granted just 90 miles away transformed the world — on the island, access remains repressed.

In July, the state telecom monopoly Etecsa opened 35 wifi access points for citizens who had previously established an account. What can be seen is mostly an intranet including a Cuban encyclopedia, Cuban sites, national email, and foreign sites sympathetic to the government. Outside media must be consumed through a thriving black market.

“They get very creative,” Martinez says. “We’ve been sending tech in terms of smartphones and laptops. Dealers will get a huge drive of content, outside news, telenovelas, and they’ll sell them per gigabyte. It’s one of the biggest businesses in Cuba.

“So for the average Cuban just to see some basic cable show they have to go to some crusty apartment and buy it from their connection.”

To understand the government’s position, Martinez references now-Government Vice President Ramiro Valdes’ 2007 description of internet restrictions as a response to U.S. aggression, calling the web a wild horse that “must be tamed” before it was offered to the people. Meanwhile, internet use in Latin America and the Caribbean has doubled since 2008. Martinez estimates that philosophy has left maybe 20 percent of the population with smartphones while most still use flip models, and laptops are even rarer.

And while Cubans would certainly appreciate the opportunity to finish Breaking Bad without having to engage in the same behavior as a meth buy, even more would prefer being able to contact friends and family separated by political barriers. For those that can get smartphones, video call and audio chat apps are extremely popular, and might only cost them $2 in connectivity fees an hour verses the $60 it costs for a phone call of the same length to Miami. That’s a lot when the average salary is $20 a month. For the privileged who can get access to a version of the internet similar to what the average U.S. consumer operates on, it’s a haven to speak freely.

Tech companies say they want access to those 11 million potential users. In April, Mark Zuckerberg told Fusion expansion into Cuba was part of Facebook’s mission. But with a lack of infrastructure, those companies might also find themselves with the rare opportunity of wiring a blank slate.

“But one advantage Cuba does have in having poor traditional infrastructure is they can use the latest tech to jump ahead to jump to wireless tech and use 3G and 4G networks,” Martinez says. “There is nothing old or outmoded to tear down and replace. It’s a unique position that Cuba is in right now to move forward. The free world is opening itself up to Cuba. But they have to be willing to do it.”