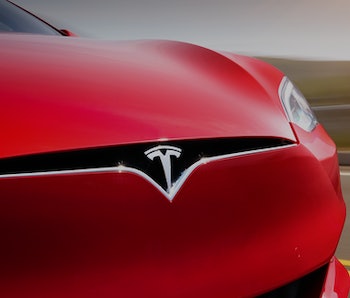 Tesla is set to develop a “radical” new electric car at a new China development facility, Musk confirmed at a launch event Tuesday. The new vehicle, set for a worldwide audience, would be on par with the Cybertruck for its radical approach. During the same event, held one year to the day since Tesla broke ground on the third Gigafactory in Shanghai, Musk handed over the first 10 China-made Model 3 cars for Chinese customers. It’s unclear what sort of vehicle Tesla may plan for the future, but Musk previously expressed interest in an ultra-cheap $25,000 electric car. Read more.

In other Tesla news:

What does the coming year look like for Tesla’s solar efforts? Inverse predicts that solar energy will continue to decline in price this decade, as expanded manufacturing brings the energy cells to more buildings. Tesla, which is developing eye-catching products like the Solar Roof, could play a key role. Read more.

Is Musk’s tunnel-digging firm struggling to cut through? A fake tweet that claimed Musk had invented skyscrapers went viral last week, a clear parody of The Boring Company’s urban planning focus. The company’s ability to reduce tunneling costs may be overshadowed by Musk’s other declarations, like mocking “subway Stalinists” at the end of last month. Read more.

Musk revealed last week that The Boring Company’s planned bricks are still on the way:

“Boring Bricks 🧱 are def coming, but whole team is focused on getting Vegas Convention Center tunnel operational so people can try it out, suggest improvements, etc.”

When using summon, it would be nice to see on your cell phone what the car sees. Maybe a 3 frame [left-front-right] going forward and a [left-rear-right] when in reverse.

Sounds like a good idea! Tesla does note that the user needs to maintain line-of-sight with the car during Summon, so a remote camera view could encourage unsafe behavior.

Got any comments or queries? Don’t forget to send them over to muskreads@inverse.com.

Musk puts on his dancing shoes at the China-made Model 3 handover.

Thanks for reading this edition of Musk Reads! If you enjoyed, consider sharing it with a friend using the link below.