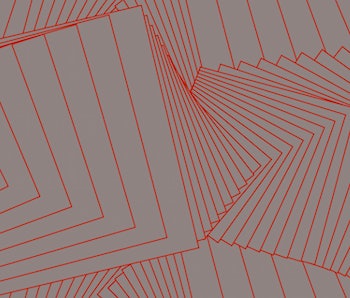 Editor’s note: The following is the opening editor’s letter about Input, our sister site that launched today, written by Input editor-in-chief Joshua Topolsky. Check out what comes next at inputmag.com.

What was once fringe (or, on the verge, if you will) has become mainstream. But that fringe didn’t go away. It evolved. It found new outlets in new places (hello, awful, wonderful social media, and YouTube, and Discord, and so many others), and it’s finding newer places still. The people who live in a world shaped by the forces of technology — and most importantly those born into that world who know it natively and innately — expect and demand something newer, smarter, faster, and I think most importantly, more theirs. More of their world.

That’s what Input is. We see technology as not just an intrinsic part of your life and ours, but a shaper of that life in a way that can be seen but is often missed. We see technology not just as a thing to be covered but a core part of the way we need to tell the story. This isn’t just about phone reviews or detailing the next Twitter meltdown (we’ll do some of that too). It’s about finding the ways technology and a life lived inside technology changes us, connects us, and moves us — and then telling you why you should care with as much honesty as possible. And hopefully, telling you in ways that make you question, think, and act.

We don’t think what we’ve made is perfect — in fact it won’t ever be if we do our jobs right. But we’re excited to tell new stories in new ways in a world where everyone’s brain is on Twitter speed, where The New York Times covers SoundCloud rap, and where geek culture has become the ruling class in the world of entertainment (just ask our sister-site Inverse).

The entire point of technology — and the reason why I have spent so much of my life obsessed and infatuated with it — is that its core function is to move us forward. To make the next thing possible. We’re building and using some pretty awesome technology to tell stories in a different way, and evolving both the stories and the tools we use as we go. We’re excited to watch constellations of culture swirl, and to share what we see with you.

Input is our next thing. Our satellite in those constellations. One made for this moment, and one that changes with the next.

P.S.: Many people, far too many to list here, went into making Input a reality. Notably, the incredible BDG engineering team (without whom literally none of this would exist); the founding Input editors Cheyenne MacDonald, Elias Rothblatt, Ray Wong, Edgar Alvarez, Ryan Houlihan, Evan Rodgers, and Mark Yarm; Ivar Vong, who created the core tech with The Outline which our card system is based on; Jack Koloskus, our amazing designer who made this all come together; Nicole Dalessandro, who connects the dots of everything we do; Code and Theory, my constant collaborators.

And of course, Laura and Zelda, who make everything possible.

A few favorite Input stories from the Inverse staff: