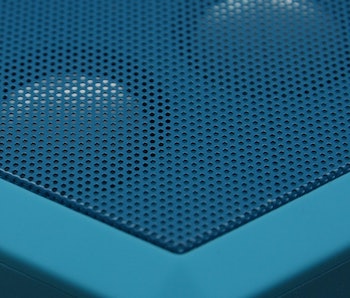 There’s a debate — some might say a battle — raging between DIYers and companies selling products that can’t be fixed without proprietary equipment. The disagreement is both monetary and philosophical. Some gadgets are made cheaply expressly because that makes them disposable while other products are made to seem as though they consist of one component (they don’t).

In the age of coltan wars and Foxconn runoff, fixing what is broken may involve fixing the systems that declare the gadget broken.

Plasma TVs seem like they would be particularly difficult to repair but they really aren’t. The most common failure on a plasma television occurs in the capacitor. You can purchase a TV repair kit with solder (pronounced sah-der) complete with soldering iron, solder sucker, and spare capacitors, for $20 through Amazon. After that, it’s a matter of picking through the Youtube video appropriate to your TV’s make and model.

Admittedly, many computer issues have to do with software and may prove too much for a civilian. But a broken or blank screen is not one of those problems. New computer screens generally cost less than $50 and there is always the option of connecting your broken computer screen to a backup screen via an HDMI cable. It isn’t a fix in the classical sense, but it’s a handy (and inexpensive) backup option considering the number of spare screens available in thrift stores. Just think of it as hipster cool computing.

The average iPhone cracked screen repair will run you up to or over $100 depending on where you live. On the other hand, a kit featuring tools to remove the iPhone’s dock screws and a replacement screen goes for $9.00 on eBay. Buy that.

Though a more involved repair than a cracked iPhone screen, dishwashers aren’t that complicated. And they are an expensive enough item it’s almost always worth a shot when they start getting noisy or leaky, the most common issues have already been scouted by master fixers and, fortunately, most dishwashers have similar parts and assembly.

Sometimes the break isn’t in the object, but in the cord that provides the power. Whether it’s an anxious pet with a bad chewing habit or some other disruption, your power cord faces a number of existential threats. But you can always bring it back to life. Consider this: The more obscure the cord, the more money you’re likely to save.

You know the old saying, a broken coffee maker doesn’t fix itself. To do this job, you’ll need a multitester, a tool that measures electrical current. They can be expensive, as much as $50, but it’s an invaluable tool that you might be able to find at a garage sale or thrift store. Failing that, you can take comfort that the multitester will pay for itself — eventually.

To do this job, remove the bottom part of the coffee machine and test the thermostat and heating element to determine where the electrical failure is taking place.

New heating elements and thermostats run for cheap on Alibaba. Find the right one and get that cup of coffee you can’t live without.

While a universally-guaranteed fix to Bluetooth speakers is yet to be discovered, certain models of speakers have had their most common problems troubleshot via Youtube. Whether it’s a charge plug that has broken off from the soldering or a bad wire, search for your model and hope for the best. Note: A soldering kit and some spare wire goes a long way towards most speaker fixes.

If none of these solutions work, you can take in your electronics waste to your nearby Staples store and even receive some store credit. Just don’t throw it in the trash. The developing countries that take our waste will thank you for it.

And just for the record…