With no release date for the film currently established, director Zack Snyder is still sharing snippets of his oft-discussed cut of the 2017 superhero crossover film Justice League. A few weeks back he posted a particularly revealing set of photos to his Vero account, which seemed to depict Wonder Woman discovering an ancient temple of Darkseid, the leader of Apokalips and the single biggest threat to the DC universe. That batch of images made one thing clear: Snyder’s cut would have at least hinted at Darkseid. However, it looks like his version of the film would feature a lot more than just a reference to the big bad. 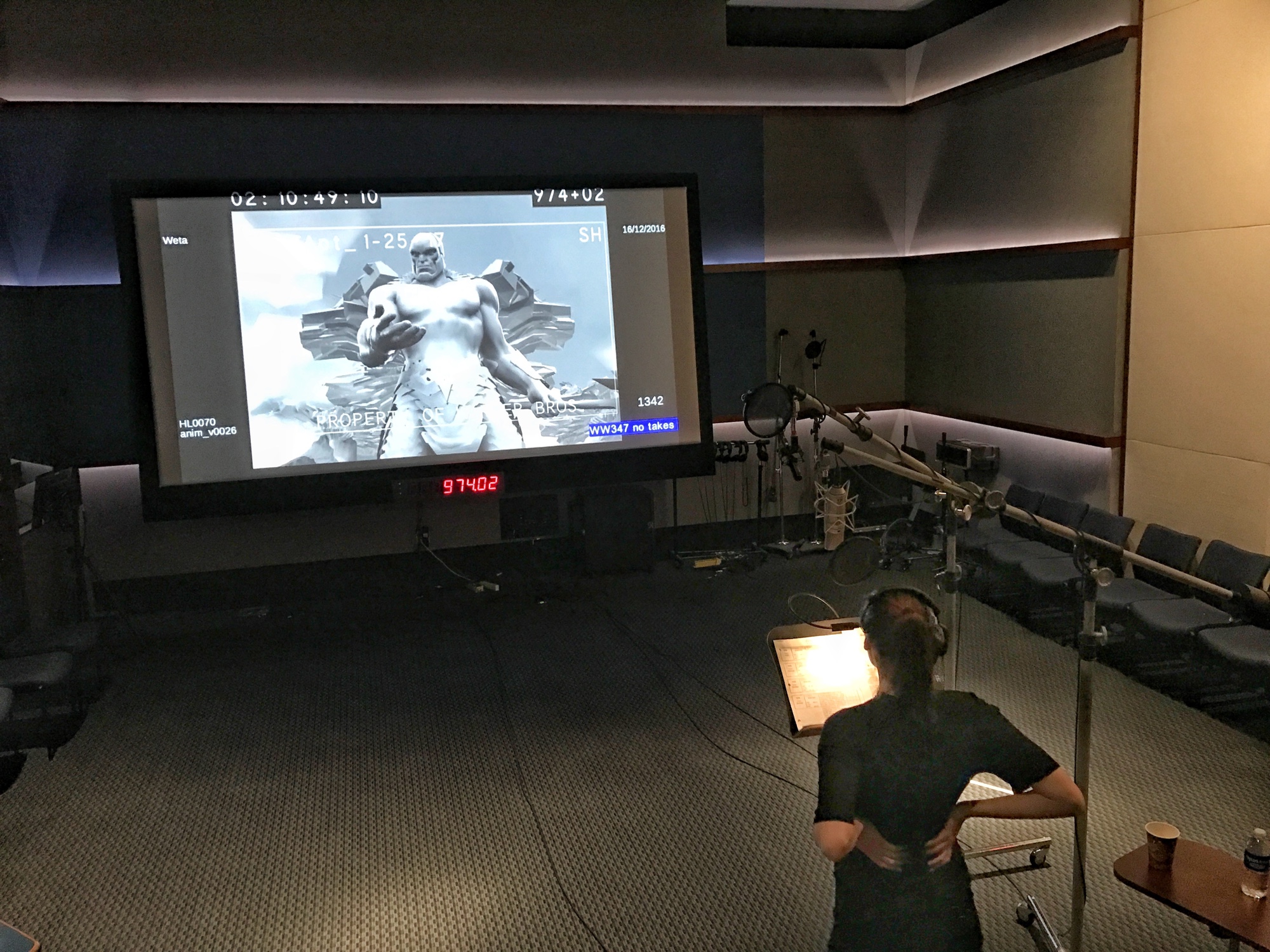 In Snyder’s latest post, he seems to reveal that not only would Darkseid have appeared in the Snyder Cut but that he would have come face to face with at least one of the film’s heroes. In the post we can see Gal Gadot, who plays Wonder Woman in the DCEU, in a studio. She’s seemingly recording ADR for a scene of the film that we can see faintly projected on a screen in front of her. The image on the screen is very clearly a piece of pre-viz, but nonetheless reveals the big bad in all his glory. It’s completely safe now to say that Darkseid would have appeared in full in the Snyder Cut.

Darkseid’s appearance in the film has long been rumored, both as an introduction to the DCEU’s Thanos-esque Big Bad and that he would kill Lois Lane and bring about the Knightmare world seen in Batman v. Superman: Dawn of Justice.

Until the Snyder Cut is released (if it ever is) there’s no telling what sort of direction the character may have taken both in the film and down the line in the DCEU. But with Ava DuVernay’s New Gods moving along, it won’t be too long before he gets another shot at silver-screen glory.