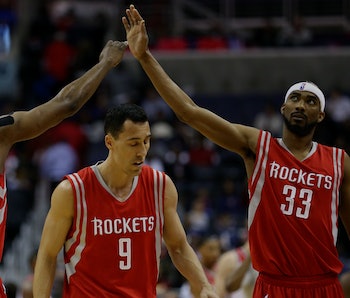 Sunday Lectures is a weekly roundup of the internet’s most interesting educational videos. Get smarter without getting out of bed.

Whether they’re high fiving, hugging it out, or slapping asses, teammates are always touching. Taking all of the NBA’s teams into account, a study at the University of California finds that all of this contact is correlated with winning.

MIT’s new autonomous “buggies” made science headlines this week, stoking further excitement about the future of self-driving cars. Here’s a quick primer on how MIT’s golf carts use laser sensors to prevent them from crashing into their surroundings.

The idea that any creep on your block could have X-ray vision is scary enough, but imagine a world where robots have that privacy-busting power? Yasamin Mostofi, a UCSB computer engineer, has figured out how to give it to them using only WiFi.

Law on Trial 2015: The Islamophobic University

Are British universities being coerced into counter-terrorism duties by their governments? This intentionally controversial lecture — meant to kick off the University of London School of Law’s “Law on Trial 2015” series — explores whether academic free speech is being co-opted for the British government’s Islamophobic agenda.

The Science Behind the Talking Gecko Ads

Love him or hate him, Geico’s gecko is doing something right. Ditto for Tony the Tiger and the Pillsbury Doughboy, anthropomorphic characters that have made millions for their companies. Their success can be chalked up to our inherent wariness; it turns out that some of us are more willing to trust a blob of dough than a human, as this clip on anthropomorphism explains.