Google’s ‘Sycamore’ quantum computer was able to achieve “quantum supremacy” — solving a complex problem that would otherwise be impossible for a classical computer to solve in its lifetime — in just three minutes and 20 seconds, compared to the estimated 10,000 years it would take the world’s most advanced classical computer, Summit.

Google’s researchers call it a milestone in a paper, which was published on the NASA website’s Technical Reports Server last week before it was pulled down. The Financial Times reports that Google has not said when the paper will be formally published.

However, the paper resurfaced in numerous locations online, including on reddit. You can read it in full below: 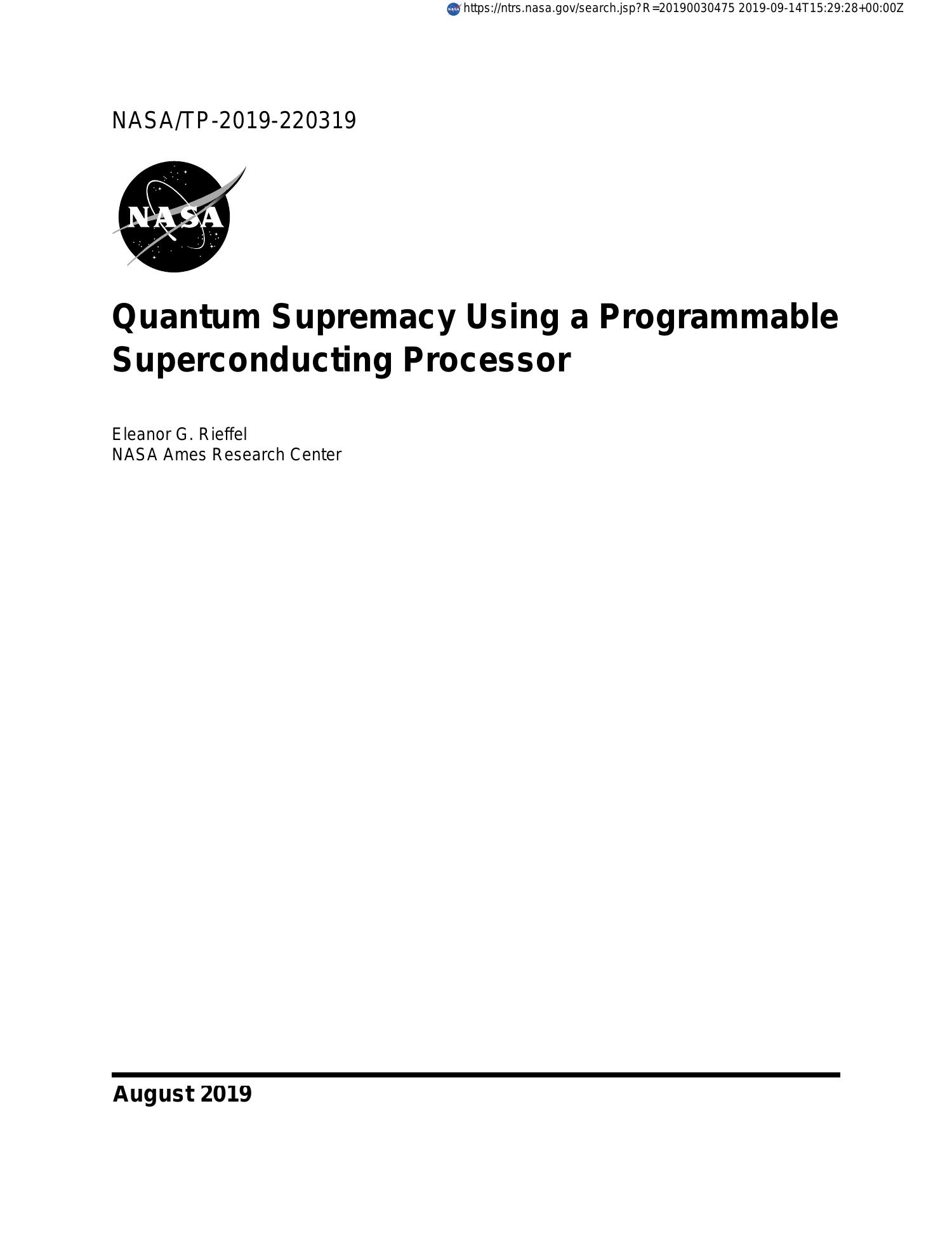