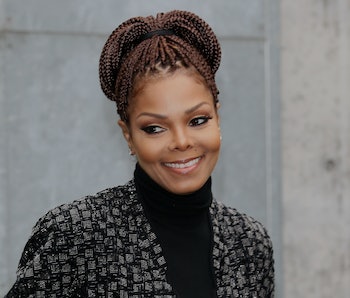 This week Janet Jackson released her second official single, “Unbreakable”, from her studio album of the same name. The song keep in line with the relaxed R&B on in the album’s first single, “No Sleep,” that featured North Carolina rapper J. Cole.

It’s interesting to note that on her first studio album in seven years, Jackson confidently is keeping things nice and mellow. Artists coming back after a long hiatus often try to mimic whatever happens to be trending. Janet is fine just continuing in her signature style. That simplicity rings through in “Unbreakable,” which sounds like it could’ve come from 1993, 2001, or a SoundCloud singer circa 2013. Relax and unwind to this track over the long weekend.

More like this
Entertainment
6.22.2022 1:38 AM
Will there be an Obi-Wan Kenobi Season 2? Here’s every single detail revealed so far
By Jake Kleinman
Mind and Body
6.29.2022 6:30 PM
How music makes you feel may depend less on your brain than scientists once thought — study
By Allison Parshall
Entertainment
7.3.2022 2:00 PM
How Marcel the Shell invented "never been done before” stop-motion
By Eric Francisco
Share: