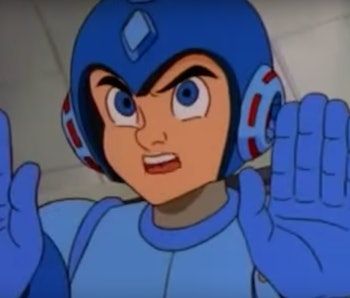 Presumably turning down a role as a nihilistic android with a badass substance abuse problem in the third season of True Detective, classic gaming icon Mega Man’s late career revival will instead take him to the big screen.

Comic Book reports 20th Century Fox and Chernin Entertainment have announced plans to produce a film based on the Mega Man series. With more than nine sequels and uncounted spin-offs, there’s enough material for an HBO epic to rival Game of Thrones, so we’ll just have to wait and see on the script. In his best appearance though, Mega Man was the heroic creation of Dr. Light, battling the evil creations of Dr. Wily. Early games were unique in that once Mega Man beat his nemesis he absorbed their weapons. Ice Man had ice. Drill Man, etc. etc. etc.

Mega Man’s already been successful in other media, including a cartoon and epic 90-minute fan film, but this will be the Blue Bomber’s first chance to prove himself in a feature film and eventually sign a Lincoln commercial.

Also, no word yet on who would actually play any of the extensive 78-robot rogue’s gallery, but for my money only someone with the intensity of, say, a Christopher Walken could really do justice to the intensity of Guts Man.