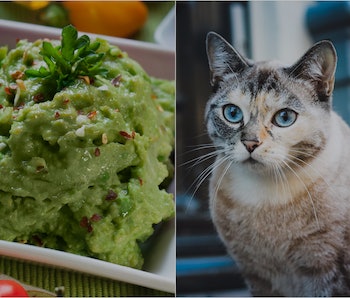 Turns out Google’s algorithms aren’t so purr-fect after all. During a medical conference this week, a Harvard Law School professor revealed how the Google’s image recognition technology can easily be fooled into identifying a regular household cat as a tasty portion of guacamole.

Jonathan Zittrain, speaking at the Precision Medicine 2019 conference in Boston, showed the audience a photo of a tabby cat correctly categorized by Google’s image systems. He then showed an image of the same cat, with only a tiny set of pixels changed. The algorithm came back this time declaring it was 100 percent sure the photo showed some guac’.

While Google’s system is unlikely to get invited to any barbecues soon, Zittrain used the anecdote to highlight a crucial point about using artificial intelligence in healthcare. StatNews reported that he showed how this “frontline” system, which is used all over the world, “can be tricked that easily.”

“OK, so now let’s put this in the world of medicine: How do you feel when the [algorithm] spits out with 100 percent confidence that guacamole is what you need to cure what ails you?” he said.

Why Google Confused a Cat with Guacamole

These issues come about because of how algorithms classify objects. It learns about the tiny pixels that tend to comprise one object, but unlike a human, cannot factor in more general features of an object. If enough dots tip it into another category, it changes the result. Changing enough pixels to trigger this new result is known as an adversarial attack.

This has led to wild mishaps like a system that thought a turtle was a gun, or a taxi was a dog.

While guacamole cats are undeniably funny, but it’s not so great when the system leads to a faulty health diagnosis based on a few stray pixels.

Inverse has contacted Google for comment on this matter.

Google has shown pride in its ability to use similar systems to cure patients. CEO Sundar Pichai has declared A.I. and healthcare as “one of the biggest areas” for the company’s capabilities over the coming 10 to 20 years.

The issue, Peng explained, is that 80 percent of such cancers are not caught early. Five years in, a Stage 1 cancer patient has a 50 percent chance of survival, but a Stage 4 cancer patient at the same point offers a two percent chance of survival. The system can look at CT scans and identify these early stage cancers even when doctors missed them on initial pass, ensuring a team can act before the cancer grows more visible.

“Clearly this is a promising but early result, and we are very much looking forward to partnering with the medical community to use technology like this to help improve outcomes for patients,” Peng said at the Google I/O developer conference in Mountain View, California, last month.

A similar breakthrough was announced by Google DeepMind back in 2016. A machine learning system could help treat oral, head and neck cancers. The system reduces the amount of time taken on segmentation, which helps experts avoid healthy tissue during the process, cutting this process from four hours to one.

Are Guacamole Cats a Form of Asbestos?

Google’s algorithms have failed before, sometimes to highly publicized results. During the 2017 Las Vegas shooting, Google identified the wrong person as the culprit. In 2015 it marked two black people as gorillas in the Photos app:

For Zittrain, the algorithm’s failures draw into question whether it’s a good idea to trust A.I. in critical healthcare applications. He compared machine learning to “kind of as asbestos,” noting how asbestos became commonplace only for people to later discover its bad effects.

The early results of A.I. in healthcare has sparked excitement. PWC sees A.I. playing a role in all aspects of the treatment process in the future, and one BGV report predicts the market to be worth $6.6 billion by 2021.

Hopefully by that stage we will have worked out how to tell a tabby from tabasco.