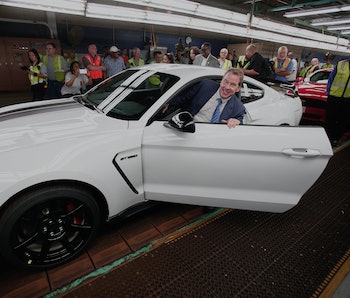 The auto industry has spent billions installing an array of sensors, buttons, and voice-activated navigation systems into our cars. But a new study from JD Power shows most of it’s going to waste.

Reuters reports that as many as 20 percent of new car buyers say that three months after they drove their new ride off the lot, the upgraded technology has gone unused. About 43 percent ignored in-vehicle concierge programs, 38 percent didn’t bother with programs to turn the car into a mobile Wi-Fi hotspot, and 35 percent had no use for an automatic parking system.

Maybe that’s not such a bad thing. More features means more bugs, and more ways for hackers to break into your security behind the wheel. It’s still uncertain how much danger a hacker could put you in if they found their way into your new Ford sedan’s operating system. But as your father probably told you more than once, the simplest things are always the cheapest to fix when they break. No one’s going to hack your fold-up Rand McNally, and plenty of Americans still seem to prefer it that way.