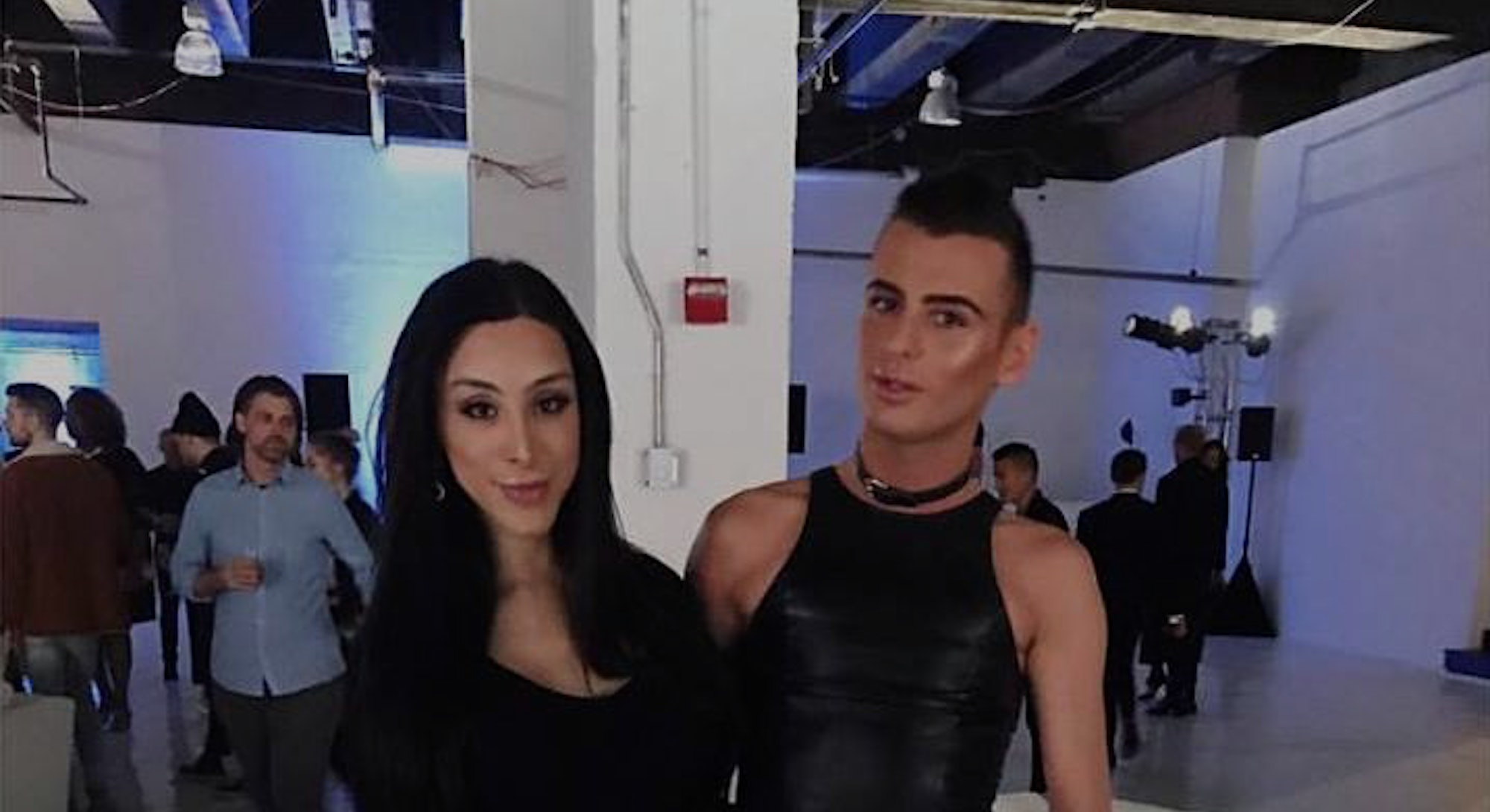 In 2016, I was invited to Tinder’s #AllTypesAllSwipes launch party, along with several of my fellow transgender social media influencers, to celebrate the dating app’s new trans-inclusive gender options.

“No one will ever be banned from Tinder because of their gender,” Tinder announced in a press release that preceded the event. “We haven’t had the right tools to serve our diverse community in the past, but that changes today.”

I stood in the swanky Skylight Clarkson Square, at the time the primary venue for New York Fashion Week, and listened to Tinder’s founder Sean Rad passionately describe for a room full of trans people his desire to transform his app into a progressive platform where individuals of all gender identities would feel wanted and welcomed. Naively, I felt hopeful and seen. After all, it was rare to see a cisgender, straight tech mogul address the needs of the trans community in such a direct and vocal manner.

But in the two years since attending Tinder’s #AllTypesAllSwipes event, numerous trans people have continued to report being banned from the app, including some claiming to be paying users of Tinder’s premium product hoping to recoup their money.

In March 2018, one Portland trans woman attempted to bring a class-action lawsuit over her account deletion. Two months later, Tinder amended its terms of service agreements to include a binding arbitration clause, a common corporate tactic for making legal redress through lawsuits or class action difficult, if not impossible.

Tinder had other reasons to institute a so-called binding arbitration policy (essentially an agreement to resolve legal disputes through an arbitrator, as opposed to the courts) including an age discrimination claim over its controversial policy of charging older users more. But the timing of the decision is hard to ignore.

Being Trans on Tinder

Being a trans woman on mainstream dating apps, like Tinder, is in many ways a hyper-intensified and augmented version of what it’s like to exist as a trans women in the real world. Behind the warm protection of their phone screens, men feel much less obliged to swallow their biases and filter their vitriolic transphobia for the sake of performative politeness.

In recent years, I’ve undergone various nips and tucks to feminize my appearance. So as a generally cis-passing trans woman with a curvy body and feminine aesthetic, many men glance at my pictures and swipe right on my profile without realizing that I was male in a former life. (It may shock people to find out that, despite the implementation of Tinder’s various gender options, most guys don’t seem to take the time to go to my profile and see that I’ve tagged myself as a trans woman.)

When they find out about this, or I am unreceptive to their advances, they often simply report my account, a process which can also be done relatively mindlessly (in addition to an indicated field for reporting spam accounts and accounts with “inappropriate” photos, Tinder also lets users report an account for any reason using the “other” field. It’s unclear how or whether this latter category of reports is investigated by the company.)

Arguably, the very core of Tinder’s product — the ease with which you can swipe through potential matches — renders efforts like #AllTypesAllSwipes update completely futile. Tinder operates through the function of repetitive, mindless swiping. On one hand, this system provides users with a quick and convenient online dating experience predicated on instant attraction. But on the other, it allows many users to carelessly overlook key details of a potential match’s profile, like being trans, in lieu of a quick assessment of their physical appearance. As a result, some men feel deceived, leading to shock and anger.

Editors Note: Tinder did not respond to a request for comment sent Friday, February 8, 2019 about whether reports marked “other” are investigated, or whether Daniari’s experience resulted in any product changes or updates, by publication of this story, Monday, February, 11, 2019. We will update this story when we hear back.

That’s how Tinder works for me: When I match with men, I generally wait for them to initiate communication. When they do reach out, I make it a priority to immediately tell them that I’m trans. Even though I’ve written before how trans women are by no means obligated to disclose their gender history upon first introduction, I do so to save us both the trouble and time of disclosing later.

Rarely is this courtesy met with politeness. Instead, many men react with transphobic insults and slurs, referring to me as a “man,” “tranny,” or “freak.” Words may just be words, but for a trans woman who has endured years of trauma and abuse at the hands of people who hurl such derogatory labels, reading them on my phone screen triggers painful, heart-wrenching memories of the challenges I’ve endured throughout my transition.

On several occasions when I’ve received abusive messages in the past, I’ve notified Tinder’s support team. Not once have I ever received a response.

"“Behind the warm protection of their phone screens, men are much less obliged to swallow their biases and filter their vitriolic transphobia for the sake of performative politeness."

In every possible way, Tinder has failed to live up to the promises Rad made during his 2016 remarks about inclusion. Not only has the platform systematically failed to protect trans women from the abuse we regularly receive from the men we match with, we are also the ones who ultimately pay the price for their small-mindedness by facing arbitrary and humiliating bans.

When I furiously went to Twitter to express my frustration at Tinder banning my account, I was met with the same public-facing boilerplate:

“Please know that everyone is welcome to use Tinder,” Tinder tweeted at me. “We recognize and believe in the importance of being inclusive of all gender identities and are always working to optimize the experience for everyone. Please email http://gotinder.com/help and someone from our team will help.”

Ultimately, this platitude does little to offer a methodical, sensible solution to the many long standing reports of transphobic abuse on Tinder. It doesn’t establish consequences for users who initiate vindictive and transphobic bans, nor create a workaround for us besides going through the emotionally exhausting steps of pleading our case to Tinder’s help-line (only to be harassed again once we are eventually reinstated.)

Whether or not I’d be allowed back on the app, it’s converse to my values to participate on a platform that superficially embraces trans people while doing very little from a technical standpoint to address their actual concerns. Expanded gender options simply acknowledge that trans people exist. They don’t offer any form of protection for us or repercussions for the men who propagate transphobia.

Product features that ban transphobic language and prevent men from reporting profiles based on gender identity are needed. In order for Tinder to become an inclusive dating app for trans women, men should be presented with an option to opt in or out of having trans women included amongst their potential matches. This way, trans women can rest assured that they will only encounter men who have designated that they are open to dating us. Additionally, Tinder should implement more thorough investigations when profiles are reported. Men who erroneously report trans profiles should be barred from the app.

In a world that is increasingly diverse and queer, any app that wants to be sustainable needs to prioritize the wellbeing of its most marginalized users. Until Tinder does this, I’m swiping left.