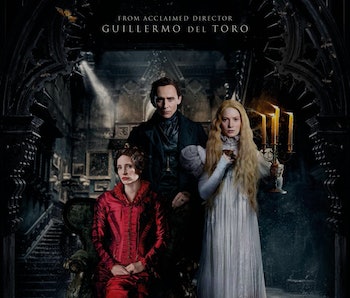 Dark and gothic, atmospheric and strange, it’s a return to del Toro’s Pan’s Labyrinth roots, after his polarizing Pacific Rim.

But Crimson Peak will be a bit more adult than either film, because Tom Hiddelston has revealed, “It’s really kinky.”