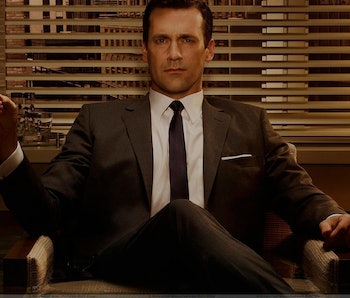 One of the most visually complex TV shows of all time was the recently-ended Mad Men, but it was never as detailed as when Don Draper busted out some books or magazines that just so happened to mirror his inner turmoil. If you’re a Mad Men superfan and want a tangible piece of that post-war American ennui, you’re in luck! Auction site ScreenBid is running a fire sale of a wide array of props from the AMC show through August 6th. Here are a few choice items from Don’s library of existential dread.