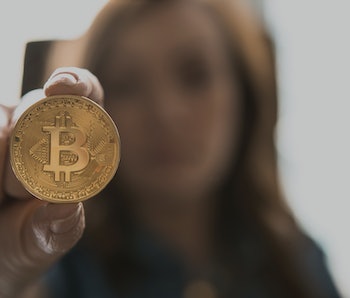 Bitcoin may have seen a drop in value of around seven percent over a 24-hour period on Thursday, but the cryptocurrency may be more financially stable than many suspect. A study that looks at the stability of the coin’s markets show very similar signs to more traditional markets — and the lead researcher says this means the foreign exchange markets could have some very stiff competition.

“When new emerging financial markets started to appear in Central and Eastern Europe after the collapse of socialism, the question of their stability naturally arose,” Stanislaw Drozdz, author of the study and a professor at the Institute of Nuclear Physics of the Polish Academy of Sciences, said in a statement published Wednesday. “A number of statistical criteria were identified at that time, making it easier to assess the maturity of the market. We were curious about the results we would get if we used them to look at the Bitcoin market, currently valued at hundreds of billions of dollars.”

The researchers looked at prices for the cryptocurrency in a period from 2012 to April 2018, over one-minute sequences. The team first analyzed rates of return, the gains made over a period of time. In mature markets, the probability distribution — the mathematical function that shows the possible values — of the rate of return should be described by inverting the third power of the quantity. The study found that, while the first two years looked a bit out-of-shape, that was because it was still starting to take form.

The team also found that the volatility of rates of return match mature markets. The research also found a high reluctance to change the direction of trend, a measurement known as the “Hurst exponent” that ranges between 0 and 1. With a Hurst exponent above 0.5, increases are highly correlated with further increases, and the same applies to decreases. Bitcoin, like highly-respected markets, has a value that approaches 0.5.

“The most important statistical parameters of the Bitcoin market indicate very clearly that for many months now it has met all the important criteria of financial maturity,” Drozdz said. “It seems that in the case of other cryptocurrencies it will be possible to expect a similar transformation. If this happens, the world’s largest market, the Forex market, can look forward to very real competition.”

The findings were published in the journal Chaos: An Interdisciplinary Journal of Nonlinear Science. Read the abstract below:

Based on 1-min price changes recorded since year 2012, the fluctuation properties of the rapidly emerging Bitcoin market are assessed over chosen sub-periods, in terms of return distributions, volatility autocorrelation, Hurst exponents, and multiscaling effects. The findings are compared to the stylized facts of mature world markets. While early trading was affected by system-specific irregularities, it is found that over the months preceding April 2018 all these statistical indicators approach the features hallmarking maturity. This can be taken as an indication that the Bitcoin market, and possibly other cryptocurrencies, carry concrete potential of imminently becoming a regular market, alternative to the foreign exchange. Since high-frequency price data are available since the beginning of trading, the Bitcoin offers a unique window into the statistical characteristics of a market maturation trajectory.

More like this
Innovation
3 hours ago
Scientists at CERN have discovered too many particles for physics to keep up
By Harry Cliff, Tim Gershon and The Conversation
Innovation
8.12.2022 10:30 AM
Will Miami exist in 2050? 4 strategies could keep U.S. coastal cities afloat
By James Gaines
Innovation
8.12.2022 9:30 AM
Indoor lights make us sick — this technology could fix that
By Miriam Fauzia
Share: