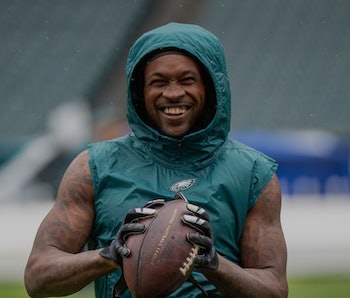 Both of these teams look considerably worse off than they did when they met in last year’s NFC Championship game. The Vikings beat the Saints in the divisional round of last year’s playoffs on this insane play (seriously, remember this?), only to sail into Philly and… fall flat on their faces, courtesy of a 38-7 drubbing at the hands (talons?) of the eventual Super Bowl champion Eagles. All of that seems like a long time ago now, but especially for the Vikings.

Minnesota’s defense was supposed to be a strength this season, but offenses have sliced through it like a butterknife through warm brie, having allowed at least 27 points in three consecutive weeks. Injuries and bad luck have sapped this once-formidable unit of its strength. Cornerback Trae Waynes suffered an ankle injury two weeks ago and a concussion last Thursday night. Meanwhile, Minnesota recently banned star defensive end Everson Griffen from the team facility and refuses to allow him back until he completes a mental health evaluation, following a pattern of erratic behavior. Running back Dalvin Cook has also suffered from a recurring set of nagging injuries. Skol, Vikings.

And in the other corner… Remember the Titans? Yeah, me neither. And yet somehow, Mike Vrabel’s band of upstarts managed to knock off the defending world champs in overtime last week. The Eagles look like they have come back down to earth (or are still hungover) from last year’s thrilling Super Bowl win over the Patriots. As Eagles fans celebrating after the last year’s Super Bowl learned, once you’ve climbed a city streetlight slathered in Crisco, there’s nowhere to go but down. Heavy lies the head that wears the crown, and all that. Call it karma for the many, many instances of Eagles fans being the worst.

And yet, all hope is not yet lost in the City of Brotherly Love. The Eagles got Alshon Jeffery back last week after a shoulder injury kept him off the field for the first three games of the season. Carson Wentz returned from tearing his ACL last season and has looked sharp, while Jeffery caught eight balls for 105 yards and a score last weekend. The Eagles haven’t exactly set the world on fire in their first-ever title defense, but at 2-2, they’re not out of it, either. Philadelphia has the same record as Dallas and remains a mere game behind first-place Washington in the NFC East.

Vegas considers this one more or less a coin toss. We agree. Give the Eagles the slight nod, with a healthy Wentz and Jeffery leading the charge on offense while the defense slows Kirk Cousins and friends just enough to eke out close one. Turn up the Meek Mill and keep those back-to-back Super Bowl dreams alive. Eagles 30, Vikings 27.

The Vikings play at the Eagles at 4:25 p.m. Eastern Sunday on Fox.