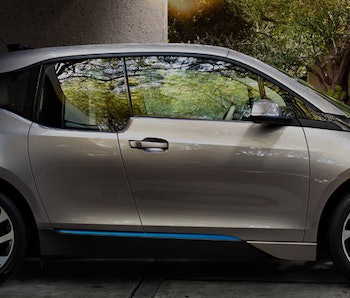 Tesla’s Model 3 has been a huge hit so far - in August it was the fifth best-selling passenger car in the US, according to auto sales data site Good Bad Car, nipping at the heels of such perennial favorites as the Camry, Civic, Accord, and Corolla. However, those budget sedans don’t seem to be in the same league as the Model 3, which is billed as a “luxury” vehicle and carries a much higher price tag.

It’s the small luxury sedans that are generally considered comparable to Tesla’s new EV, and Model 3 is already offering them some serious competition. But is it actually stealing sales from brands such as Audi, BMW, Mercedes and Lexus, and if so, which ones?

The suggestion is growing that BMW is bearing the brunt of the electric onslaught. Elon Musk recently revealed that the BMW 3 Series was the number-two vehicle traded in by Model 3 buyers, after the Toyota Prius. In August, Tesla’s Model 3 sales (17,800 units) outnumbered BMW’s total sedan sales in the US (14,450) as InsideEVs reported. Sales of the 3 series are in decline, as CleanTechnica also aed

The numbers seem portentous, but it may be more revealing to read about some car buyers’ comparisons between the Bavarian and Californian offerings.

Simon Alvarez, writing in Teslarati, tells the story of software developer Moshen Chan, a 20-year BMW enthusiast who now drives a Model 3. Chan, who shared his experiences in a series of posts on the Bimmerfest forum, owns two BMWs: a modified E36 325i with track suspension setup, and an E82 135i with several M3 suspension upgrades. He was recently shopping for a new BMW M2 or M3, but after a test drive, he bought a Tesla Model 3 Performance.

Chan was impressed by the Tesla’s hyper-low center of gravity, its low polar moment of inertia, and its silent, instant acceleration. Overall, he says that the Model 3 Performance “absolutely outperforms anything BMW has to offer today.”

“I can say I was very hesitant on the ultra-minimalist interior but now I absolutely love it,” Chan writes. “For me this is an iPhone moment - when a new product suddenly makes everything else seem outdated and old.”

Chan’s Model 3 isn’t perfect, and he believes Tesla still has a lot to learn in terms of customer service and delivery. “BMW has better build quality. It has more refined finishing and details. But for me, it’s the driving experience that really matters. The overall package of what the Performance Model 3 does for me…greatly makes up for those areas that BMW is better at.”

Of course, driving enjoyment is subjective, and whether the silent instant torque of a Tesla is more fun than the gear shifting and roar of a well-tuned M3 is a matter of personal taste, as Nico DeMattia, writing on the BMW Blog, reminds us.

On paper, the Tesla Model 3 is more powerful, quicker and a little cheaper. “The Model 3 boasts a massive touchscreen infotainment system and over-the-air updates, but the BMW M3 has bigger brakes and stickier tires,” DeMattia writes. “So the Model 3 is techier and the M3 is sportier, off the bat.”

“In terms of power and performance, the Model 3 packs 450 hp from its two electric motors and the BMW M3 makes 425 hp from its 3.0 liter twin-turbo I6. The Tesla is also all-wheel drive, while the M3 is rear-wheel drive but the Bimmer packs a limited-slip rear diff as standard.”

DeMattia hasn’t yet driven a Model 3 Performance, but judging from what he’s heard and read, “the BMW M3 is going to be the better track car, consistently. The Model 3 is fun on a track but it falls down a bit when pushed really hard and it can’t last as long as the M3 can. Its extra weight will cook its brakes, and its battery will overheat and/or deplete before the M3 calls it quits. There’s a very motorsport feel about the M3 that the Model 3 doesn’t have. The Tesla is quiet, calm and easy. The BMW M3 is loud, brash and thrilling. You pilot the Model 3 but you drive the M3.”

DeMattia is personally a gas guy. “Regardless of how fast or impressive as any electric car can be, it will never be as engaging as a great gasoline-powered car because the latter just simply has more to drive,” he writes. “There’s an engine whose revs need to be watched and managed, there’s a transmission that needs to be worked and the driver needs to know what its engine’s optimum power band is and how to keep it there.”

However, he acknowledges that the Tesla also “makes a compelling argument. The Tesla Model 3 Performance is the future, it’s packed with rich technology, it’s impressively fast and surprisingly capable when the tarmac gets twisty. It really comes down to what you want. If you can sacrifice some true track capability and 10/10ths driving pleasure, the Tesla Model 3 Performance is hard to argue against, especially when you factor in the lack of gasoline needed.