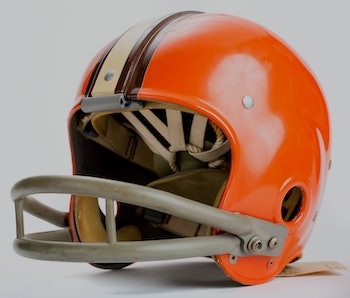 The Cleveland Browns and the New Orleans Saints both gave the league the two biggest surprises of Week 1. The Browns, last year’s 0-16 laughing stock, managed to eek out a tie against the Pittsburgh Steelers last week. This 0-0-1 start marks the best start for the Browns in years. Let that sink in. Its defensive line, led by Miles Garrett, was a revelation, and this team shows signs of life, despite Hue Jackson being their head coach.

The Saints were supposed to whip the Tampa Bay Buccaneers in Week 1, but a dose of Fitz-Magic sucker-punched the Drew Brees and Co. The Saints weren’t bad as much as they were stunned. With Super Bowl hopes this season, they can’t afford to start 0-2.

A swarm of 27 football enthusiasts is convinced that 0-2 start isn’t in the cards, for the Sean Payton-led team. Cleveland surprised people in Week 1, but this is a team that is far from where they want to be. The Saints will be playing with a sense of urgency, and the Browns are going to get shelled in New Orleans this weekend.