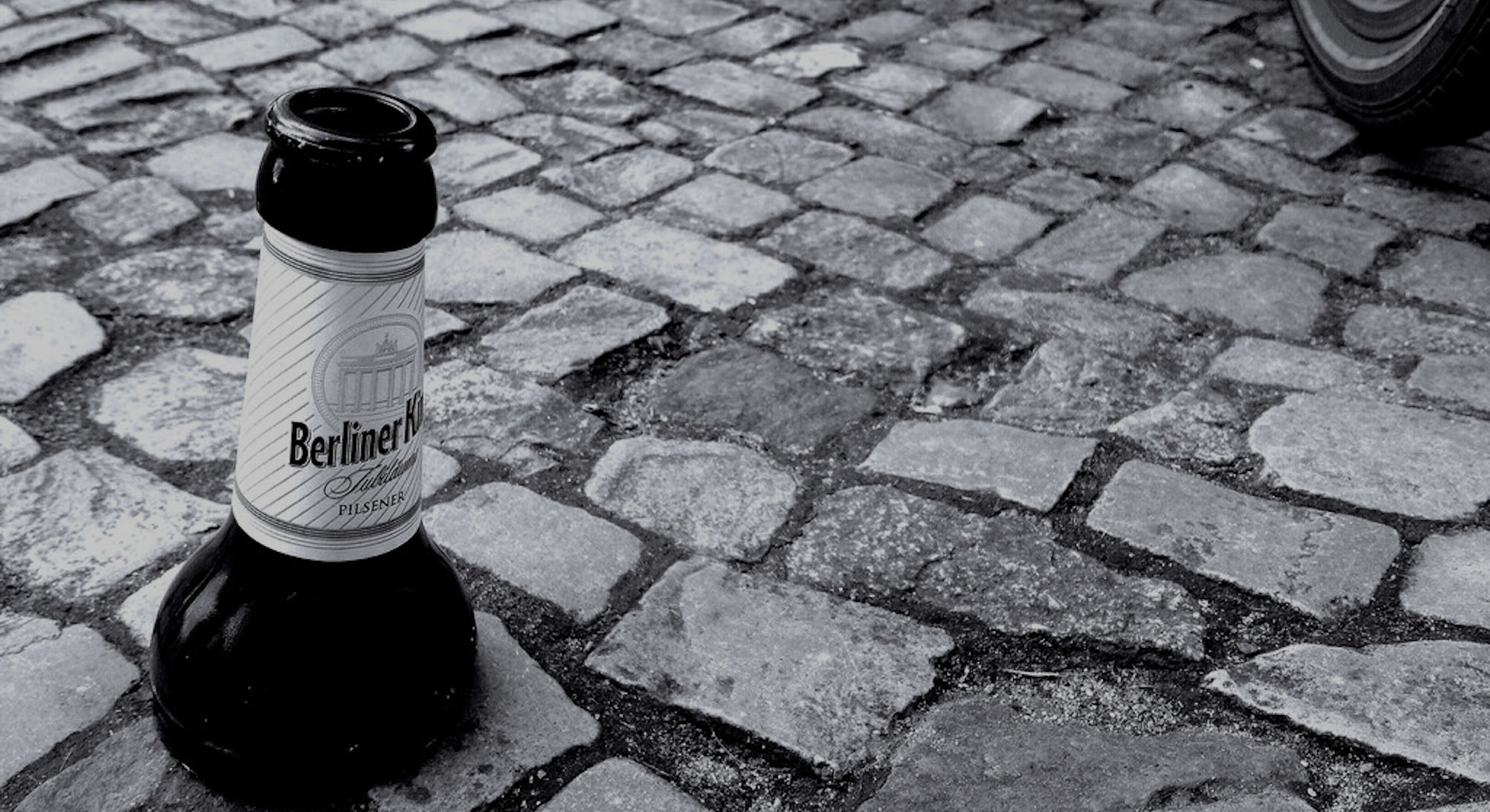 Like every other city on Earth, Berlin appears, to the outsider, deeply contradictory. The beers are giant and the coffees tiny. The clubs are strict and the dancing is violent. Everything is cheap and living is hard. That last truth, etched into the faces of the beggars panhandling in the U-Bahn, explains why the ubiquitous Berliner Kindl bottles don’t wind up in the boozy gutters.

Pensioners looking to supplement their welfare collect and distribute them via an ingenious system that illustrates just how easy it is to turn a good idea into a shadow economy.

In Berlin, you don’t just purchase a beverage, you pay a deposit — Pfand — on its container. The amount is small (typically between 0.08 and 0.25 euro) but, like other small things, susceptible to addition. When a tourist makes a chump move, like placing his bottle in one of the many trash receptacles that hang from telephone poles like birdhouses, he or she will be reprimanded. America’s poor people, after all, get cut reaching into glass-filled American trash bags.

The bottle holders are ingeniously designed three-tiered bits of metal nailed to trash posts. Upon closer inspection, they look like they belong between station wagon seats. They are there because, in 2012, a college student thought it might be a good idea to mobilize bottle collectors. The program he started, Pfand Geben, is like Uber but for helping poor people. Make no mistake, the men and women collecting the bottles are part of the gig economy. They are just at the very bottom of it, which is still a better place to be than the discard pile.

Or, if you’re at home and overwhelmed by the number of bottles to return (or simply can’t be bothered), you can get someone to come pick them up from your house. In 2012, a college student in Berlin launched the program Pfand Geben (Give Deposit), a database of local deposit collectors who are happy to swing by and pick up the empties. If we are at the dawn of the gig economy, reveling in flexible hours at the cost of odd and varied jobs, we could do worse than ape these small German nicities.

Berlin is crazy and totally sane.