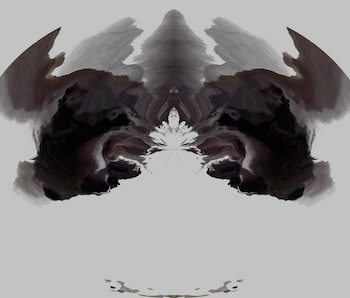 “Twenty years from now if there is some obscure trivial pursuit question, I am confident I will be the answer.” — an actual quote from Ted Cruz.

Ted Cruz is the guy who makes you think that America is playing an elaborate joke you missed. He’s not really an elected official. Any day now, we’ll find out he’s Sacha Baron Cohen in disguise, playing the long-con follow up to his Borat model. Cruz stopped listening to rock music because he didn’t like how it “responded” to September 11th. He compares Obamacare to the Nazis. His Simpsons impression game is either tragically ludicrous or ludicrously tragic. But he has done a lot of thinking about pop culture, and may have stumbled onto the right side nuance with his reading of The Watchmen. Specifically with its sociopathic yet compellingly enigmatic Rorschach.

In a conversation with the New York Times Cruz named Watchmen’s Rorschach one of his top five superheroes. This is either Cruz missing the point even more than Paul Ryan ever missed the point of Ayn Rand, or it’s Cruz being weirdly insightful and unexpectedly bold. Watchmen was written by the uber-leftist Alan Moore, the guy who was also behind the graphic novel version of this:

Watchmen is at once a satire, a deconstruction, and an indictment of the traditional, conservative ideals that had thus far pervaded previously established superhero narratives like Superman and Batman.

Rorschach is a masked vigilante with extreme ideals about good and evil who often uses violence to achieve his goals. As the reader, you’re never sure where he stands and where you should stand with him. His morality is as malleable as the inkblots of his namesake.

As The New Republic’s Jeet Heer writes “Rorschach is the perfect distillation of bullied/abused kid turned avenger. But beyond that, we identify with Rorschach because he’s the puzzle solver who unravels the grand conspiracy of the book…he is the truth seeker of the book, and thus we identify with him as we ourselves try to unravel the puzzle.”

However (SPOILER ALERT), as ambiguous as his actions are, the narrative itself gives him a traditionally heroic death in the end, as he unravels the truth and dies defending humanity. It’s ironic, yet heroic, and much like The Comedian, you can’t hate him. In the manner of all great storytellers, that damn Alan Moore always makes you feel uncomfortable with whom you root for.

On this one, with no small amount of discomfort, I have to side with the senator. I don’t expect this to become a habit, but then, I always looked at Cruz and saw my parents fighting, so make of that what you will.