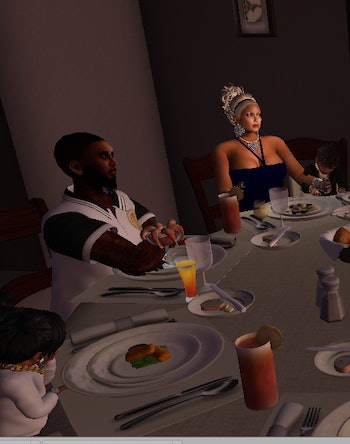 The Emily Post Institute, founded by the etiquette maven Emily Post almost 70 years ago, is no white-shoe throwback. The Vermont-based Post family, which accounts for much of the Institute’s staff, has fought hard to live up to their matriarch reputation and retain relevance by viewing manners less as a cuneiform code than as an iterating technology. In fact, the questions they now receive largely concern navigating the shifting social norms surrounding social media and the gadgets we use to interface with it. So that’s what the Posts spend their time thinking about.

Specifically, they think about who determines access to information and when. According to Lizzie Post, co-host of the “Awesome Etiquette” podcast, people need to be more considerate about sharing information, in whatever form, that they did not create.

“So much of what people really struggle with — the number one issue — is pictures,” Post told Inverse. “Is it okay to tell people not to share photos of you?” She says it is and ties that protocol to the need for discretion. People should be able to both expose their private lives and learn about their private lives at their own pace. “If, on Facebook, your sister finds out your mother’s passed,” Post said, “that would be really awful.”

The Internet, Post points out, is largely a public space. Deletions are not a band-aid for your Twitter bullets. If someone makes a joke that does not land, says Post, making an oblique reference to Justine Sacco and the AIDS quip that launched a thousand thinkpieces, “the onus is completely on the person saying it.” She recommends apologizing in a genuine way, which means Taylor Swift has been reading the right playbook.

“The only thing that is truly private is face-to-face conversation,” says Post. It’s an old, harsh truth, but it hasn’t changed.

This underlying cynicism has something to do with why the approach of the Emily Post Institute is less prescriptive than you might think. Post demonstrated the fluidity of their suggestions thusly: It used to be that an emailed thank-you note following a job interview was verboten. (“It was so clear in our minds a handwritten thank you note was the best possible thing.”) But, now that most human resources departments are working faster than the U.S. Post Office, anyone opting for the ol’ lick-n-stamp is at a disadvantage. Post recommends covering all the bases by sending an email thank-you with, “Handwritten note to follow” at the bottom. Does she really expect you to do this? Well, it would be nice.

The Posts reflect the zeitgeist instead of superimposing a value system on it. Lizzie uses the phrase “social barometer.”

This makes predicting the future bad business for the Posts because technological usage is harder to anticipate than technological advancement. If you want advice on using your iPad at work, the Posts have you covered, but they’re not ready to issue dictates about virtual reality devices because their isn’t a critical mass of people interacting on platforms like the Oculus Rift.

“When cell phones first came out, it was the most bizarre thing to hear someone have a one-sided conversation.” Today, things are a bit different, and the EPI is comfortable taking a gallant approach to cell phones in public: They’re fine, as long as you’re not talking about “sex or medical issues.”

Presumably that sort of basic rule will one day apply to our VR avatars — but it might not. Lizzie Post isn’t sure and it isn’t polite to speculate.