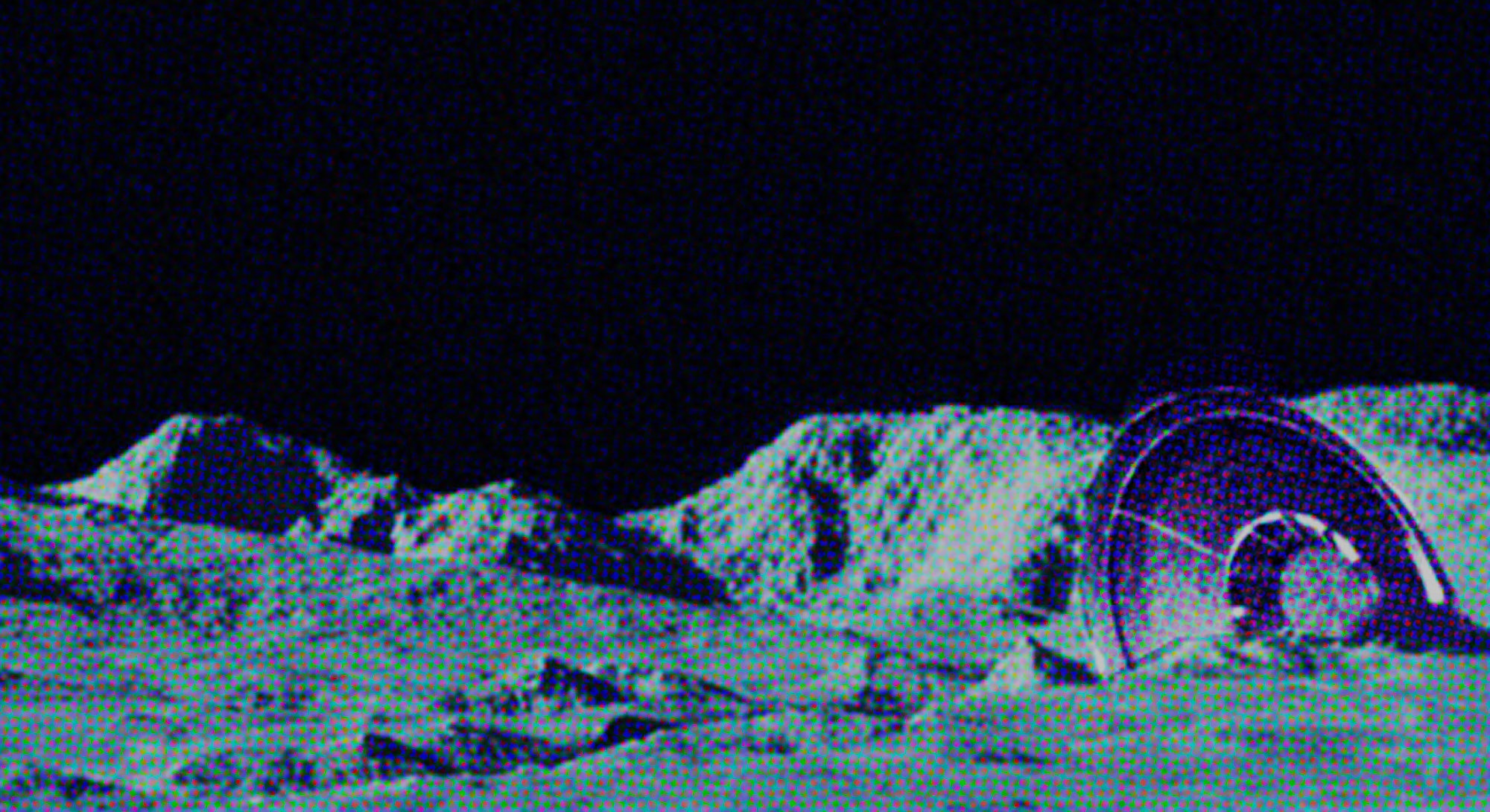 Truly, it was a brilliant Monday for the tabs. But it was business as usual for a pair of fed-up astrobiologists.

“It doesn’t particularly surprise me, because, as you well know, journalists have to sell newspapers,” one of the Astrobiology paper’s two authors, Birkbeck, University of London astrobiologist Ian Crawford, Ph.D. tells Inverse. “But since I am over here in Australia, I haven’t seen any of the British press, so I can’t really comment on what they’re saying.”

“I don´t think one has any influence over what the media or press makes out of it,” Schulze-Makuch tells Inverse, “or what angle they pursue.”

The sensationalized headlines are a shame because Crawford and Schulze-Makuch synthesized a lot of fascinating evidence into an exciting hypothesis about the moon’s early atmosphere suggesting that it could have supported life — had life been seeded there in the first place. Their work not only illustrates how habitable planets and moons alike can grow cold and lifeless over time but also how extremophile microbes might have once made their way from the Earth to the Moon.

According to Crawford, the new paper is mainly an informed extrapolation about the moon’s atmosphere and its implications, derived from a recent investigation into ancient lunar volcanos. Atmospheres protect a celestial body from harmful solar radiation, regulate temperature, and create water. Their ability to do so varies with density, and as far as we know, Earth’s atmosphere is the only one that can support life. But that may not always have been the case.

“I think the really important innovation here is not our paper, it’s the paper by Debra Needham and David Kring,” Crawford says. “It was their paper that indicated that the early moon may have had a thin atmosphere as a result of volcanic activity.” That paper, published in 2017, showed that 3.5 billion years ago, the moon — which has only the faintest of atmospheres now — had an atmospheric pressure of about 10 millibars and a thickness 50 percent greater than that of Mars. Needham and Kring calculated this by estimating the quantity and the make-up of volatile gases previously released from volcanic rocks brought back by the Apollo missions.

The gases were mainly carbon monoxide, sulfur and water — but it was an encouraging amount of water, about three times the volume of the Chesapeake Bay.

They also used the visible lunar maria — the dark “seas” produced by the spreading and cooling of ancient lava flows on the moon’s surface — to chart the ejection of these gases into the moon’s atmosphere, and eventually simply out into space.

The moon’s early atmosphere is estimated to have lasted approximately 70 million years. While short-lived by Earth standards, that might have been long enough to support life, however transiently, if it had somehow found its way to the lunar surface.

“If liquid water and a significant atmosphere were present on the early moon for long periods of time,” said Schulze-Makuch, “we think the lunar surface would have been at least transiently habitable.”

“There could have actually been microbes thriving in water pools on the moon until the surface became dry and dead.”

Schulze-Makuch and Crawford argue that there were likely two periods during which life might have existed on the moon during its early history. The first was 4 billion years ago, just after the moon was first formed from the long disk of debris sprawling out in orbit around the sun. The second came 500 million years later (3.5. billion years ago), at the height of the moon’s volcanic activity.

The nascent solar system was a chaotic mess of giant meteorite collisions during that era, and Crawford and Schulze-Makuch speculate that an impact event could have propelled a hunk of the young Earth, rich in microbial life like cyanobacteria, onto the surface of the young moon.

It’s a plausible idea, given that some of the earliest evidence for life on Earth comes from fossilized cyanobacteria dated to around this time period, 3.5 to 3.8 billion years ago.

To know for sure, humans would not only have to learn more about the moon’s chemical make-up and fossil record but also incontrovertibly prove that it once had a magnetic field. An ancient magnetic field would have been instrumental in protecting lunar life from the deadly solar radiation and retaining an adequately dense atmosphere.

“A lot of research is going on into the ancient lunar magnetic field,” he says, “and to really determine its strength and duration (or even if there was one) requires going back to the moon and collecting many more rock samples for that purpose, because the Apollo samples really weren’t.”

The operating theory is that, much like Mars, the moon lost its internal heat, and thus its magnetic field, as the conductive liquid iron convecting in its core gradually slowed down. You can think of it like a battery and copper-wire magnet that eventually runs out of juice, unable to collect enough heat from the sun to stay active.

“If you erupt molten rock onto a planet’s surface,” Crawford says, “like what Kilauea is doing a lot of in Hawaii at the moment, it comes out as a liquid rock and then it cools down and starts to crystalize. If it crystalizes in the presence of a magnetic field, then before it becomes solid, all those little magnetic mineral grains become aligned with the magnetic field and then it freezes or solidifies.”

“This is called paleomagnetism and some of the Apollo rocks indicate (or seem to indicate) the presence of a paleomagnetic field.”

Stories about aliens are an American tradition, stretching back to the six “Great Moon Hoax” stories printed in the New York Sun in 1835, published complete with lithographs of moon-bat people and other alleged lunar denizens, like moon-beaver creatures. But now, whether it’s due to a surplus of space research or merely a renewed interest in conspiracy theories, production of these stories has ramped up, to almost everyone’s annoyance — but particularly dedicated UFO and alien researchers who are constantly bombarded with distracting chum from the tabloids. It’s especially frustrating when the story uses legitimately interesting science as a springboard, obscuring it as a result.

Alejandro Rojas — host of Open Minds UFO Radio and formerly the official spokesman for one of America’s largest and oldest civilian UFO investigation groups, the Mutual UFO Network (MUFON) — thinks that the problem stems from the popularity of UFOs and aliens themselves.

“UK tabloids know they get lots of hits with these stories,” Rojas says, “so there are times when they try to run a UFO story everyday.” The formula is simple: “Find a ‘conspiracy theorist’ with a wild story, which is easy to do, or dress up a more credible story with incredible commentary from random unknown people on the internet.”

Rojas points to an article by the UK’s Daily Express, cobbled together from a MUFON report and titled “Real life Star Wars? ‘Millennium Falcon’ UFOs snapped beaming across skies..”

“Sounds fascinating, doesn’t it?” he concedes.

“This was actually an image of a row of lights with a likely mundane explanation. But in the numerous comments someone said it looked like the back of the Millennium Falcon, and there you go,” he says. “Now you have a headline. No credibility to the statement, but it makes it into the headline.”