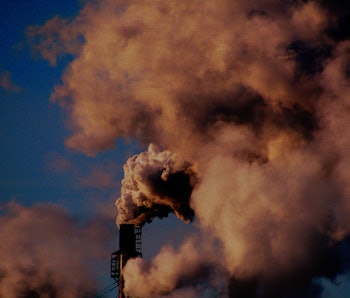 Climate hackers, known in scientific circles as “geoengineers,” almost invariably sound like Bond villains or mad scientists. Maybe that association is just because of the nature of what they do — or what they propose to do anyway — which is use new technologies to reverse the effects of global warming and thereby re-adjust Earth’s climate. The risks and rewards are outrageous, but don’t expect these thinkers to remain at the fringes of the climate change conversation. They’ll creep toward center stage as the extent of the damage done becomes clear.

Global carbon dioxide levels have already passed the 400ppm milestone — 350ppm was considered safe — and our planet looks likely to warm more an average of 4 degrees Celsius by the year 2100. A new study suggests we might see sea levels rise as high as 10 feet by the end of the century, which would put huge swaths of land underwater. Which is all to say that it might be time to start taking desperation shots. And that’s what climate hacks are.

You can (speaking broadly) divide climate hacking technologies into two big methods: removal of carbon dioxide from the atmosphere and increasing reflection of sunlight back into space. Both of these methods are expensive, tech-dependent and potentially harmful if things go wrong. But they’re better than cataclysm.

So, consider the option. If we have to choose one, that choice is going to count.

Forests are immensely important in absorbing the excess carbon dioxide that can act as a greenhouse gas in the atmosphere. Forests remove nearly 30 percent of all carbon dioxide emissions from fossil fuels, but we’re losing 25 million acres every year. The process of deforestation itself often releases plenty of emissions anyway, so cutting back on destroying the world’s forests would be a helpful move anyways. Richard Houghton at the Woods Hole Research Center estimated that just 500 million acres of reforested land would make a “very significant impact” on global warming — which sounds like a lot until your consider that the world uses 10 times that amount of land for pasturing.

Reforestation wouldn’t solve climate change overnight — we’d have to wait several generations before we see substantial effects happening. It takes a seedling several decades to grow into a mature tree. But genetically modified trees could be a solution to that problem. Though the term still inspires a steely ire among detractors, GMO trees could help reforest lands much faster — and even absorb carbon dioxide faster. We could even set aside certain blocks of land for trees specially grown to meet lumber and biofuel demands.

Iron is an essential nutrient for phytoplankton in the ocean. Some scientists want to introduce more iron into the upper levels of the ocean to increase phytoplankton populations that would absorb more carbon dioxide from the atmosphere. Much of these phytoplankton are eaten, but around 20 to 30 percent die naturally, with their carbonate skeletons quickly sinking to the ocean floor. The fixed carbon can become suspended in cold, deepsea currents for thousands of years.

The idea here is not simply to get carbon dioxide out of the air, but also to sequester it somewhere remote — and the ocean floor is perfect. Better yet, it would be relatively inexpensive (compared to other climate hacking strategies) to simply push dissolved iron into upper ocean levels for phytoplankton to absorb.

But unlike reforestation, which is relatively easy to comprehend, ocean iron fertilization is a much more unorthodox strategy. Advocates say algal blooms wouldn’t pose any big negative effects on marine ecologies, but skeptics think it’s absurd to attack atmospheric climate change with a marine one. The London Dumping Resolution signed by 87 countries explicitly denounces ocean fertilization activities as “contrary” to the preferred ways of dealing with climate change. Regardless, many researchers are currently trying to assess what this kind of solution might look like on a large scale and how big of a role it might play in reversing climate change.

Rather than relying on living systems to capture carbon, humans could simply build advanced technologies to trap it themselves. The most realistic designs propose capturing carbon dioxide at fossil-fuel burning power plants — either post-combustion when the gases are moving up the flue pipes; or pre-combustion, where carbon dioxide is removed before combustion takes place, and hydrogen is used for fuel instead. Once the carbon dioxide is captured, you need to find a way to store it for the long term — usually as either a gas, or as a solid carbonate. You would most likely be storing it in deep underground within the Earth’s crust.

There are a few big concerns with CCS. One is leakage, which would basically undo whatever progress had just been made, and also potentially expose animals and humans to toxic concentrations.

But that hasn’t stopped interest. Some places in the world have begun pilot CCS programs — 16 of which are capturing and storing 36 million tons of carbon dioxide per year. Companies continue to invest in CCS research, and if it can be demonstrated as an affordable, effective strategy for reducing carbon dioxide, CCS is the most likely climate hacking method to go from the conceptual stage to widely-adopted practice.

Scientists like David Keith at the University of Calgary want to engineer nanoparticles in such a way as to scatter sunlight and prevent the radiation from being trapped by Earth’s greenhouse gases, and he thinks something like sulfate aerosols are the way to go. He cites as evidence the 1991 Mount Pinatubo eruption that created enough sulfate aerosols to cool the Earth by about half a degree Celsius within a year.

Keith proposes engineering similar aerosols on a massive scale, and pumping them into the atmosphere worldwide. The biggest advantage to this strategy is that we already have evidence this could work, thanks to volcanoes. To be fair, there are strong concerns about the toxic effects of aerosols in the atmosphere (hey there, acid rain!). In the 2014 movie Snowpiercer — humans pumped substances in the air meant to help mitigate climate change, and this pumping pushed the earth all the way into a new ice age.

Of course, it’s really unlikely something like that could happen — sulfate aerosols tend to have a very short lifespan (perhaps too short to work well enough?), staying in the air for typically just a few weeks. And it’s not unthinkable that these particles could be designed to have less toxic effects on the atmospheric chemistry of the earth.

You might recall how in The Matrix, the future human race blacked the sky out to prevent machines from using solar power. This idea is kind of the same thing — but instead, whitening the sky to keep solar rays out. How does it work?

Seawater. Specifically, seawater containing our old friends phytoplankton. Some researchers think if we just spray more seawater into the air above the ocean, microscopic phytoplankton can get trapped in the atmosphere during cloud formation. A recent study confirms how phytoplankton help to reflect sunlight and make clouds brighter over oceans and other large bodies of water.

It’s unclear how effective something like this would be, especially when you consider that this strategy is completely contingent on how well clouds are forming at the time. We all love a clear sky, but in this case, it makes cloud brightening a completely ineffective method.

On the other hand, it’s an all-natural method that’s also pretty inexpensive — all you need are some high-powered water sprayers and some wind. If we find out how to take advantage of optimal cloud-formation conditions, the trick to solving climate change will just be grabbing a bucket of dirty seawater and shooting it out as a mist into the sky.

Polar ice and glaciers are some of the best ways to reflect sunlight back into space and prevent the heat from contributing to warming temperatures. Of course, one of the big consequences of global warming is the rapid loss of sea ice. So how can we harness the reflective power of these frozen white sheets if they just keep disappearing?

Just make more of it. Peter Flynn of the University of Alberta proposed some years back of building thousands of large barges in the Arctic that could make vast sheets of ice. This ice would replace the losses the North Pole has endured for decades now, with an added feature: Wind-powered water pumps on the barges would shower seawater on top of the ice, which would freeze into newer layers. These thicker pieces of ice would last longer, and help to reflect sunlight back out into space. Best of all, sea level rises would drop at least a moderate degree with all the water getting turned back into ice.