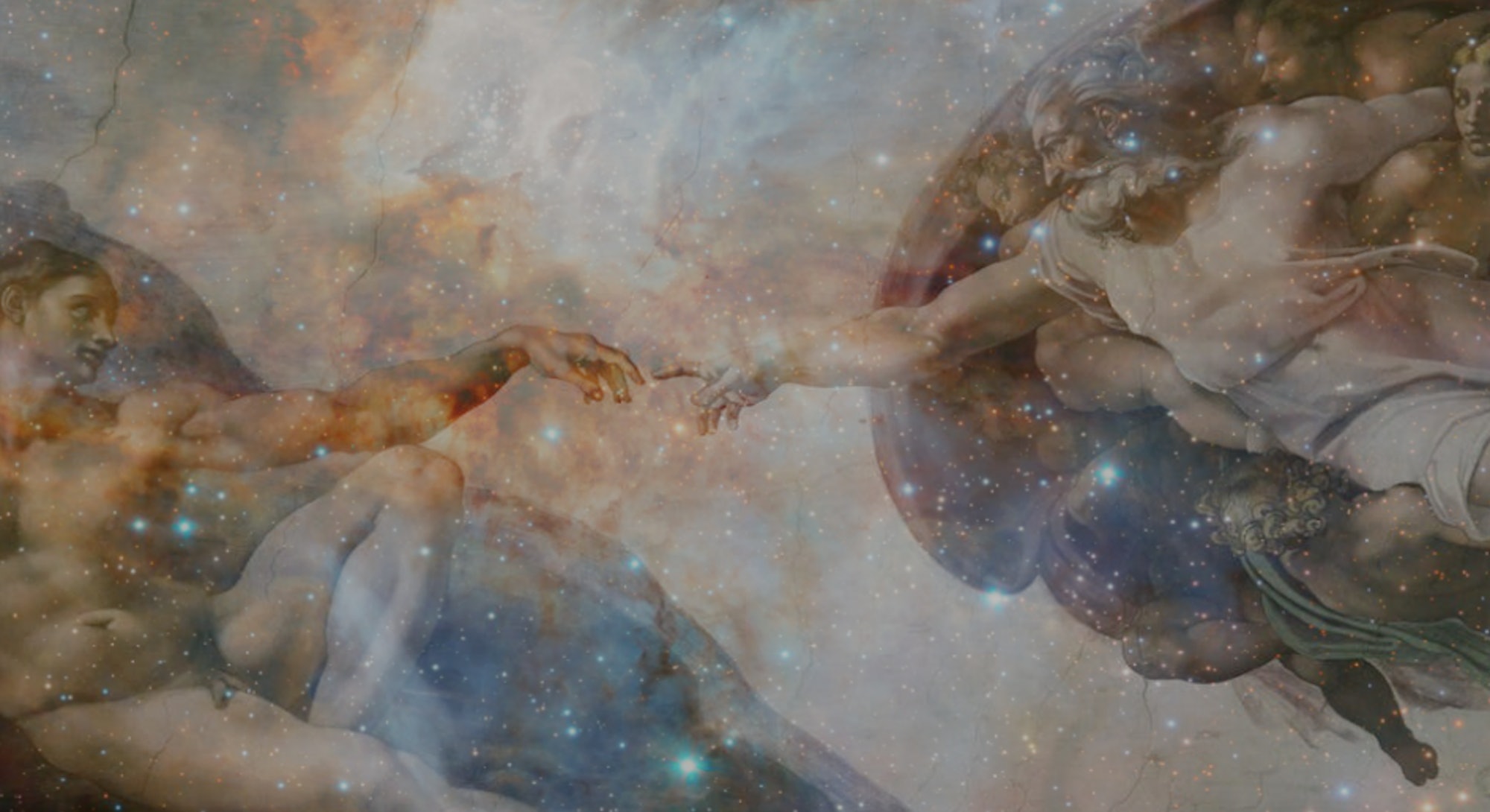 If you look at them in a certain order, Michelangelo’s central frescoes on the ceiling of the Sistine Chapel show the process of deificatio — humanity becoming divine. The story is told in nine scenes, but you could make the case that a breathtaking new image of a distant star cluster released Wednesday should be the tenth. The luminous image of bright young stars, 5,500 light-years away, is as heavenly as it gets.

The star cluster, which we can see from Earth as part of the constellation of Vela — the Sails — is humbly known as RCW 38. There’s nothing humble about the image from the European Southern Observatory though. The photo shows hundreds of young, hot, enormous stars in a notorious star-forming region of the universe, dazzling behind delicate wisps of white-hot, blue-tinted gas and dust. Shrouding this celestial landscape are tendrils of wine-red gas, eerily illuminated by the glow of more distant stars.

Michelangelo, eat your heart out:

Taken while testing the HAWK-I camera on ESO’s Very Large Telescope in Chile, the image is the clearest one of the star cluster we have to date. The cluster is described as “embedded,” meaning that the newborn behemoth stars within it are still tucked away within the dust and gas that produced them.

In the image, the areas glowing in blue and white are the hottest regions, heated by immense waves of radiation shooting out of the gargantuan new stars. The dark red spots, diffusing like drops of blood in water, represent cooler swirls of gas:

It’s thought that our Solar System was borne out of a similar cluster of dust and gas, though RCW 38 doesn’t seem to have any planets in it. Sometimes, the energy pouring out from the newly formed stars in these types of clusters is so great that it “cooks away” the starting material for planets, according to the ESO.

Michelangelo, whose work was characterized by its luminous colors and serene mood, would definitely have appreciated the artistry of this image, but it’s doubtful he would have incorporated it into his Sistine Chapel masterpiece.

The painter, perpetually employed by the Catholic Church of the middle ages, was a staunch believer, and as such would probably have been pretty turned off by anything hinting at the origin of the universe that wasn’t a creation of God.

But even he wouldn’t have been able to deny: If there is a heaven, it probably looks a hell of a lot like RCW 38.