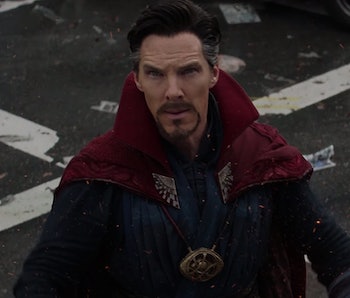 Look, with the exception of maybe Loki and Heimdall, everybody who died in Avengers: Infinity War is almost certainly coming back. Marvel has franchises to consider, after all. Doctor Strange will likely return for another solo film, Marvel Studios President Kevin Feige said recently, but it might be for a little while.

In a conversation with Cinema Blend ahead of the release of Ant-Man and the Wasp, Feige explained the downside to having so many popular and successful characters, and in the process, indicated that Doctor Strange would get a sequel when the time is right. This, presumably, means that Doctor Strange isn’t going to stay dead.

“When you’ve got, what is it now, six, seven separate franchises?” Feige said. “It’s part of the scheduling process. Sometimes when people ask, ‘What about this character, what about that character?’ I go, ‘Well, it’s scheduling.’”

Marvel is releasing three movies a year, which is a lot of movies but certainly not enough to ensure that every character — the Guardians of the Galaxy, Ant-Man, Thor, Doctor Strange, Black Panther, and many, many more — get new installments in their individual franchises in a timely manner. Feige noted that four years passed between Thor: The Dark World and Thor: Ragnarok, though he said having characters be able to appear in Avengers movies or pop up in other places prevents them from feeling neglected.

“Whenever we do another [Doctor Strange] which we will do, it will be a number of years from the first Strange, and yet he’s a very big part of Infinity War,” Feige said, essentially confirming another Benedict Cumberbatch-led film while acknowledging that it could be a while, since the first one only came out 2 years ago. “So it is just a good problem to have when you have too many beloved characters that people want to see more of, whilst keeping to our core belief that we need to keep exploring nuance and keep doing different types of things.”

What this all really means is that a) the Infinity War characters who turned to dust are coming back, duh, and b) that Marvel plans on continuing Doctor Strange and its other franchises while also adding new characters to the mix. Juggling that means that there won’t be a movie in a specific series every year — or even every other year — but that they’ll try to make it so heroes are totally MIA.