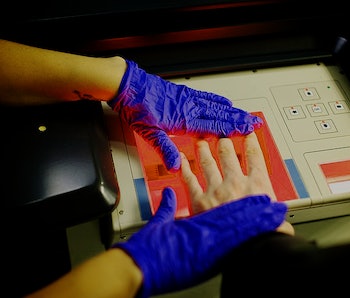 The gaokao is China’s high-stakes national college entrance exam, and it’s pretty intense. Indeed, it’s so intense that police recently cracked down on 12 criminal gangs plotting to sell covert wireless devices to the nation’s most desperate and unscrupulous teens, according to a statement released by China’s The Ministry of Public Security this week. Gaokao cheaters have elevated the art of not studying for a test to the level of espionage tradecraft in recent years.

In a 2014 teen action comedy come-to-life, for example, roughly 120 well-compensated college students wore fingertip membranes with the prints of high school students, so that they could take the make-or-break qualifying exam in place of their patrons. For the movie that has to be in the works, we’re thinking Donnie Yen from Rogue One for the part of the stoic investigator hellbent on catching those pesky teens by any means necessary.

As for the actual bust, the security ministry rounded up more than 50 criminal suspects, raiding six cheating equipment production houses and eight underground markets, in a joint operation with local authorities in Liaoning, Shandong, Hubei, Guangdong and Sichuan provinces and the Inner Mongolia autonomous region that began last May.

In total, authorities reported seizing more than 100,000 sets of wireless comms devices, designed such that a brilliant — but rakish — teen could feed answers to their troubled — but still relatable – friend on the inside. These black market operations totaled hundreds of millions of yuan (tens of millions of dollars USD), according to reports in the South China Morning Post on Thursday.

Scenes about these raids would be tense and dramatic, building to a searing, emotional climax as Donnie Yen’s character realizes he doesn’t understand the pressure today’s teens are under. None of them want to be trapped making iPhones for Foxconn, the hypothetical gang member might say, in one of the film’s many moments of trenchant social criticism.

(This would be a great role for anyone in a C-pop boy band who’s looking to take their career from wen rou to bad boy. Or maybe an older member of Taiwan’s SpeXial, like Wayne Huang. Just spitballing here.)

In recent years, Chinese law enforcement and members of its National Institute of Education Sciences have both worked in close coordination to thwart the increasingly innovative cheating efforts staged annually for the gaokao. This year, as reported on China National Radio, they have staked out short-term rental spaces near schools ideal for wirelessly communicating test answers. Facial recognition technology, metal detectors, and a finger-vein recognition system designed to beat fake fingerprint membranes have been put into use, as have signal jamming drones and vehicles designed to beat any illicit test answer communications traffic.

It’s a massive government undertaking and the part of one of these senior-level officials would probably be absolutely perfect for Benedict Wong.

More like this
Science
19 hours ago
Look! JWST captures images of an asteroid with a ring playing peek-a-boo with a star
By Kiona Smith
Entertainment
18 hours ago
Teen Wolf: The Movie is fan service done right
By Mónica Marie Zorrilla
Science
18 hours ago
Lab-grown chicken could hit store shelves soon — here's how it tastes
By John Wenz
LEARN SOMETHING NEW EVERY DAY.
Share: