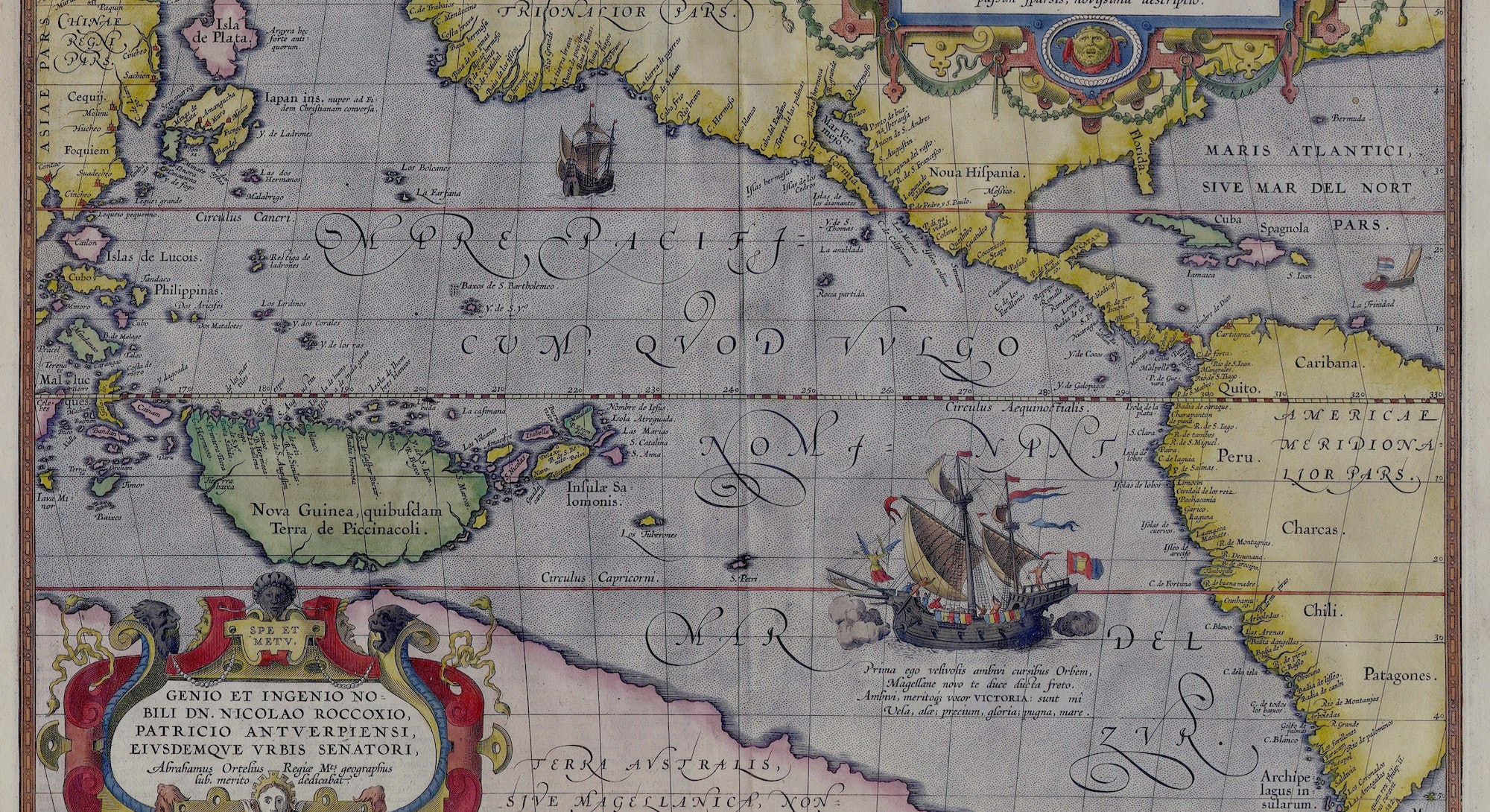 To celebrate the anniversary of the world’s first atlas published in 1570, a Google Doodle on Sunday depicted the famed Theatrum Orbis Terrarum, or Theatre of the World, published by Belgian cartographer Abraham Ortelius. The book was unique for its collection of maps organized geographically, but this concept would later become the standard for developing atlases.

While the Google Doodle illustrates the Theatrum Orbis Terrarum — with notes that reflect Ortelius’s compendium of data, names of scientists, theories, and even sea monsters — a closer look at the cartographer’s original maps reveal an important theory. Ortelius was the first to underline the geometrical similarity between the coasts of America alongside the coasts of Europe and Africa. He proposed continental drift as an explanation, an idea that would later influence the theory of plate tectonics.

When assembling his maps, Ortelius noted that the coastlines of the continents appear to fit together. He suggested that the continents were once joined and that the Americas were “torn away” from Europe and Africa, most likely from earthquakes and other natural events. His illustrations of South America create a space that fits neatly under West Africa.

German geophysicist Alfred Wegener would later revisit the concept of continental drift in 1912, hypothesizing that continents were connected as a larger landmass called the “Urkontinent,” or “primal continent.” His theory wasn’t widely accepted until the ‘50s and ‘60s after numerous mappings of the ocean floor led to the discovery of mid-ocean ridges and oceanic crust that exhibited alternating patterns of magnetic polarity. These discoveries would compel scientists to revisit the concept of “primal continent” in forming the theory of plate tectonics.

Ortelius did not take part in the surveying that contributed to these maps. Rather, his most important role was citing the work of 33 cartographers (listing 54 scientists in total) and aggregating such work into its first-ever compendium. Rules concerning plagiarism were lax in the 16th century, making his list of references and other nods to colleagues a new standard.

It would take another 300 years for Ortelius’s theory to be scientifically explored, but his other contributions were immediately felt. Theatrum Orbis Terrarum is the world’s first atlas, illuminating not only the modern world but the ways in which it’s viewed.