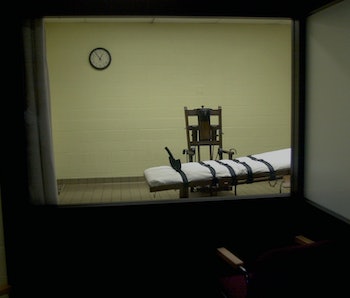 In the passive-aggressive legal equivalent of that guy wearing a fedora in his OK Cupid profile, the state of Tennessee is demanding death row inmates come up with a better suggestion for execution than lethal injection.

More than 30 inmates have taken the state to court saying that death by injection of drug pentobarbital is a violation of their Eighth Amendment protections against cruel and unusual punishment, arguing that the drug is unreliable. Similar cases have been brought in other states, though usually those executions used the controversial short-acting sedative midazolam. Last month, the Supreme Court ruled the use of that drug was in fact constitutional.

But according to The Tennessean, Assistant Attorney General Scott Sutherland is putting the onus on the inmates, arguing that they’ll need to prove that not only does the drug risk a tortuous death, but that they can find a more humane alternative.

Considering that Oklahoma and Utah still allow death by firing squad and Washington and New Hampshire still allow by hanging, I guess suffering is a relative term here.