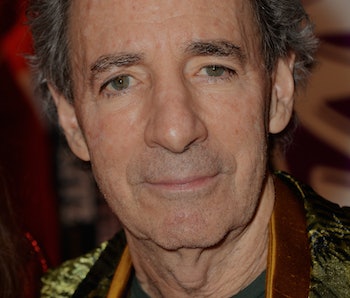 You know that feeling you get when you see Ted Cruz butchering Simpsons quotes and it’s like a thousand knives of fire stabbing you in the heart? Fox had that. Praise Jeebus, they’ve signed voice actor Harry Shearer to stay in Springfield for at least two more years with an option for two more, making this the happiest day of the network’s life since the doctor said they didn’t have worms anymore.

We can only guess at the talks behind the $300,000-per-episode agreement. Maybe Shearer was in need of cash, having lost it all betting against the Harlem Globetrotters. Maybe they just drove a dump truck full of money up to his house. Either way, the contract was presumably celebrated with the adding of chocolate to milk.

This is a huge win for the show since without Shearer they’d have to recast half the voices. Ned Flanders? Smithers? Mr. Burns? Hard as it is to believe they all come from the same voice actor. The same wonderful, magical voice actor.

Despite being so integral to its production, Shearer has been threatening to quit for at least a decade. Lucky for the fans, Shearer realized that if you don’t like your job, you don’t quit. You just go in every day, and do it really half-assed. That’s the American way!