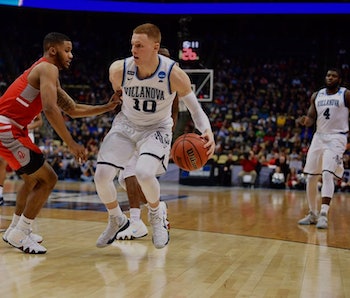 While other top seeds like Virginia and Xavier flamed out of the tournament, and even fellow survive one seed Kansas dealt with a scare from Seton Hall, the Villanova Wildcats have looked every bit like a March Madness juggernaut, winning their opening two games by a combined 49 points.

The team that will look to put a stop to that is West Virginia. The fifth-seeded Mountaineers have only faced double-digit seeds so far but have made short work of both of them, beating Murray State 85-68 and Marshall 94-71. A hive mind of fans predicts who wins.

The swarm likes Villanova to win here with high confidence and 86 percent brainpower behind the pick. West Virginia has its work cut out for it against the Wildcats.