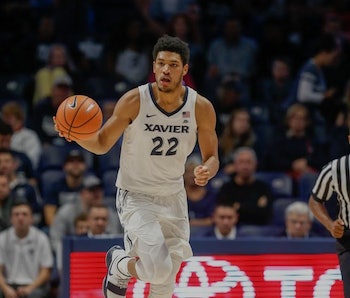 The Xavier Musketeers were one of the top seeds that didn’t suffer a historic upset in the tournament’s opening round. Now they get to play a ninth-seeded Florida State Seminoles team that wouldn’t mind handing its opponent a still shocking defeat.

Both teams won easily in their first games. Xavier took some early blows from 16 seed Texas Southern before turning up the offense, winning 102-83, while Florida State won going away in a 67-54 defeat of the Missouri Tigers. A hive mind of fans predicts who wins their match-up and goes onto the Sweet Sixteen.

The hive mind likes Xavier here, picking them with high confidence and 89 percent of the swarm’s collective brainpower.