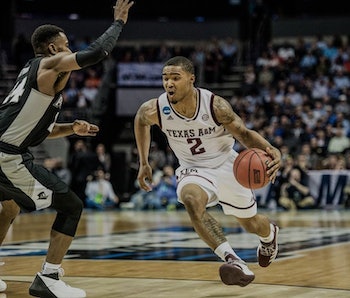 The second-seeded North Carolina Tar Heels started their title defense off right with a big win over Lipscomb. Can they do the same in the second round and secure a return ticket to the Sweet Sixteen?

To do that, they must beat the seven seed Texas A&M Aggies, who beat a game Providence Friars squad in their opener. A hive mind of fans predicts who wins.

The hive mind picks North Carolina here with high confidence and a whopping 95 percent brainpower behind the pick. That’s as close to a lock as second round match-ups get.