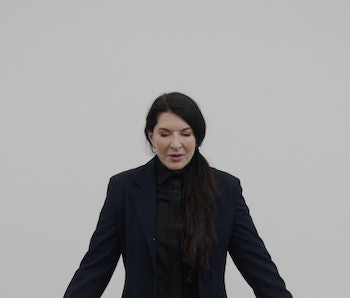 Performance artist Marina Abramovic — she of the long eyegazing, naked prancing, and fighting with Jay-Z — has announced her funeral plans, and they’re a macabre delight. If you were wondering whether fake bodies would be involved, the answer is yes, multiple.

Abramovic — who, at 67, presumably has a few miles left on the treads — said about her funeral, “I want to have three Marinas. I want these three Marinas buried in the three cities which I’ve lived [in] the longest, which is Belgrade, Amsterdam, and New York.”

To make matters even better, she said this during a keynote speech for Kaldor Public Art Projects in Australia. It is an institution that is free to the public, with a mission of “transforming the cultural landscape of Australia.” This is how Abramovic transforms a country’s cultural landscape: By talking about where she plans to plant her fake corpses. (Not that anyone will know which are the fake and which the real, she says.)

Further: Her mourners should plan to wear (bright colors, even pink!) and she insists her friend Anthony Hegarty perform “I Did It My Way.” To date he has not acquiesced, but she did explain, “he will be so sad he will probably do it.”

About the three-body scenario, she added, “Of course, one is real and two fake, because you can’t have three bodies.”