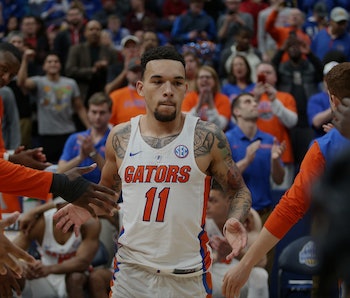 The six-seed Florida Gators live and die by the three, managing big victories over the likes of Gonzaga, Cincinnati, Auburn, and Kentucky when their shots are falling. But they have suffered bad losses when their players are cold from behind the arc.

That could mean trouble against the 11-seeded St. Bonaventure Bonnies, who already have a win in March Madness by defeating their play-in opponent, the UCLA Bruins. A hive mind of fans predicts who will emerge victorious.

The swarm predicted with low confidence that the Florida will move on to the next round. The hive mind favored the Gators with 81 percent of its brain power, meaning that it doesn’t completely count out St. Bonaventure.

The game tips off Thursday at 9:57 p.m. Eastern in Dallas on truTV.