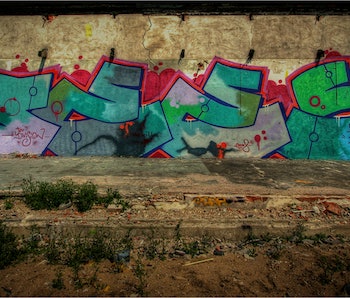 Thanks to an update in Google Translate, you’re less likely to stumble the next time you want to hop across a language barrier. The progress is technical, sure, but it’s also thanks to volunteers fact-checking slang on the community website. These brave, unpaid souls are the cool older brothers of language.

But, of course, learning language is a complex endeavor and it’s much easier to learn from a local than from an app on your phone. For example, even among the millions of English speakers in the world, few would know what the hell a Scottish person was talking about if they said, “all his eggs are double-yoakit.” There is also no word on how Google Translate will address the rapidness with which slang evolves. But at least now when you want to say “how are you?” to your Icelandic buddies, you’re one step closer to not saying “you are how?”

Still, the system isn’t perfect. Here’s what happens when you translate Tony Stark’s sales pitch for the Jericho rocket into Arabic and then back into English.

They say that the best weapon is the one you never have to fire. I respectfully disagree. I prefer the weapon you only have to fire once. That’s how Dad did it, that’s how America does it, and it’s worked out pretty well so far.

They say that the best weapon is one you never have to fire. I respectfully disagree. I prefer the weapon you only have to fire once . This is how my father did it, this is the American way to play, and it worked very well so far.

Google Translate has also made strides in speeding up its pace, and it is currently used by over 500 million people every day.

More like this
Innovation
7.6.2022 9:00 AM
A single color is reason enough to buy a Jaguar XF
By Jordan Golson
Innovation
7.2.2022 6:00 PM
Are self-driving cars safe? The tipping point rests on a psychological illusion
By Jean-François Bonnefon and The Reader
Innovation
7.1.2022 10:00 AM
Robots are ready to get touchy-feely
By Sarah Wells
Related Tags
Share: