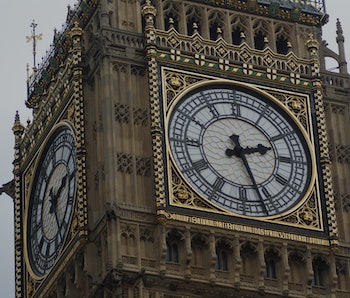 We’re winding the atomic clocks back: June 30 will be longer by one second. The Earth’s rotation isn’t consistent, and it’s currently slowing ever-so-slightly, as NASA explains, thanks to the gravitational interplay between the moon, Sun and Earth. Typically, these quirks and wobbles aren’t noticeable, like when El Nino adds a tenth of a millisecond by applying a torque counter to the Earth’s rotation via the atmosphere. Superman rewinding the Earth to save the day this is not.

Before you dust off your Y2K bunker, recognize that leap seconds have happened before. Once in 2012, and in 2005, and 23 other times back to 1972. Civilization is still here, though something somewhere on the Internet will break. “Almost every time we have a leap second, we find something,” Linux creator Linus Torvalds told Wired in 2012. Because leap seconds, unlike leap years, don’t happen regularly, they can be harder for programmers to account for: The last time a leap second hit, websites like Reddit and Gizmodo crashed when their timers perceived 23:59:60 as time going backward.

One solution? Just turn your timekeeping system off for a second, if possible. More elegant is how Google does it, slipping an extra millisecond into its clock here and there in preparation.

So enjoy your extra second of sleep or whatever, and rest easy that society and most of the world will still be standing.