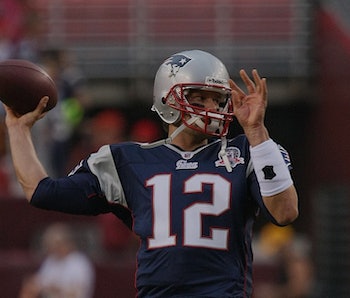 The New England Patriots and Philadelphia Eagles face off in Super Bowl 52 on Super Bowl, but what kind game will it be? A low-scoring defensive slugfest, a high-scoring shootout, or maybe even a one-sided blowout? A hive mind of about 50 NFL fans predicts the total points scored.

The Vegas line for total points scored in this game is set at 48.5, which is about in keeping with the New England Patriots’ past appearances during the Bill Belichick and Tom Brady era. They have won 20-17 against the St. Louis Rams, 32-29 against the Carolina Panthers, 24-21 against the Eagles, 28-24 against the Seattle Seahawks, and 34-28 in overtime against the Atlanta Falcons, and they have lost 17-14 and 21-17, both times to the New York Giants.

That means they and their opponents exceeded 48.5 total points in three of those games and came up short in four of them, with both of their losses much lower-scoring than a typical Patriots Super Bowl win.

As such, it’s perhaps not surprising that this is how the prediction for total points shakes out.

The swarm thinks the Patriots and Eagles will combine for more than 48 points, but it’s only a low confidence pick. The collective brainpower of the hive mind behind that pick was 78 percent, which isn’t especially high in an exercise designed to build toward consensus. This is a bet to be extra cautious with, basically.