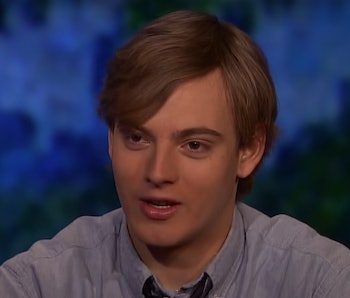 A rising tide lifts all ships. Even the ones who want to see your ship sink sucked beneath the waves with no survivors.

Mother Jones has a history with political activist Zack Kopplin, who’s made a name for himself as Bobby Jindal’s greatest troll, and yet also happens to be a close friend of the Louisiana Governor’s 21-year-old son. The lesson here is that if you want to be a nationally recognized policy critic with articles in Slate and appearances on Bill Maher before you’re out of high school, try and share a biology class with a presidential prospect’s kid.

Jindal’s presidential prospects never fully recovered from his infamous wet firecracker of a state of the union rebuttal in 2009, but Kopplin’s constant hammering of the governor’s anti-science leanings hasn’t helped. Especially because Jindal, a former Rhodes Scholar who once considered a future at Harvard Medical School, probably knows better. Kopplin turned on Jindal right around the time he signed the 2008 Louisiana Science Education Act, which claimed to be about helping students understand and critique scientific theory but was more useful as a way to smuggle creationism into classrooms. For a man with Jindal’s education, this seemed like hypocritical pandering to the dumbest of the Republican base, which is basically the take Kopplin ran with. As Jindal started getting national attention as a potential conservative leader, Kopplin’s stock rose accordingly.

Jindal “does bring out my best writing,” Kopplin admits to Mother Jones. We all need a muse.