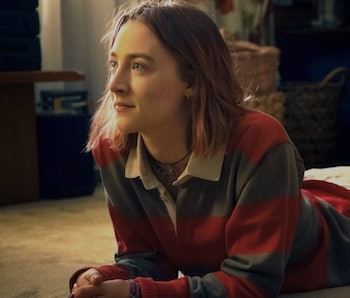 On Sunday the 75th annual Golden Globe Awards will hand out trophies to a clutch of people you’ve probably heard of more than once. Less bloated than the Oscars, the Golden Globes is often a good barometer of the more interesting and thoughtful achievements in TV and film for a given year. But, just like any other awards show, guessing the winners is part of the fun. Which is where A.I. comes in.

To predict the result of this and other categories, Unanimous A.I. used what’s known as swarm intelligence to forecast these two actress categories. About 50 people worked together as a hive mind to make picks. As you can see in the two animation below, each participant controlled a little golden magnet and used it to drag the puck toward the answer they thought was the most likely outcome. As the users saw the puck move toward a particular outcome, it triggers a psychological response. They readjust their decision-making, building toward a consensus. Here’s Unanimous A.I. founder Louis Rosenberg explaining swarm intelligence at a recent TEDx Talk.

As a recap, here are the nominees for best comedy actresses in a motion picture: Judi Dench (Victoria & Abdul), Helen Mirren (The Leisure Seeker), Margot Robbie (I, Tonya), Saoirse Ronan (Lady Bird), and Emma Stone (Battle of the Sexes).

As is apparent in the diagram above, the hive really only believed the race was between Margot Robbie and Saoirse Ronan. And the hive overwhelmingly has high confidence that Ronan will take home the Golden Globe for Lady Bird. Unanimous gives this prediction a 86 percent brainpower score, which is decently high on their scale.

As a recap, here are the nominees for best dramatic actress in a feature film: Jessica Chastain (Molly’s Game), Sally Hawkins (The Shape of Water), Frances McDormand (Three Billboards Outside Ebbing, Missouri), Meryl Streep (The Post), and Michelle Williams (All the Money in the World).

Here, the swarm focused on the race actually being between only Sally Hawkins and Frances McDormand. With low confidence, the swarm voted for Sally Hawkins, with 78 percent brain power backing it.

Unanimous A.I. has made some scarily accurate predictions in the past using swarm intelligence, as a previous Inverse article explains. For instance, on the sports side of things, the swarm went a perfect 7-0 in its most recommended picks for an English Premier League slate earlier this season.

Sports, of course, are very different than Hollywood awards. In terms of performance of athletes and teams, a hive has more objective data to crunch. Whereas, the data for an awards show like the Golden Globes is more subjective. Plus, unlike a soccer or football game, the winners of the Golden Globes aren’t actually decided on Sunday, but rather, have been decided well in advance.

Will swarm A.I. be able to make just as accurate predictions with subjective data as it does objective data? We’ll see on Sunday.

The Golden Globes airs on Sunday, January 7, at 8pm eastern time on NBC. Come back to Inverse between now and then to check out swarm A.I. predictions for several other categories, including Best Picture, Best Actress, and Best Director.