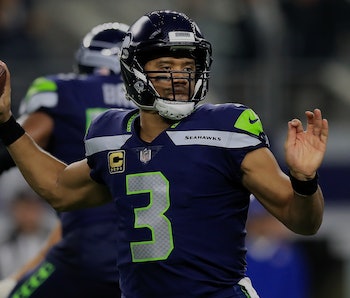 The Seattle Seahawks need a win Sunday to have any shot at the playoffs. The Arizona Cardinals find themselves at a crossroads after a lost season. A hive mind of about 30 NFL fans predicts the Seahawks will win.

The scenario is straightforward enough for Seattle: If they win and the Atlanta Falcons lose, they are in the playoffs. Anything else and they are the NFC’s final team eliminated, the first time they have missed the playoffs since Pete Carroll’s second season back in 2011. Considering all the injuries the Seahawks have suffered to their legendary defense, even being alive for 10 wins and a playoff berth is an achievement, as much as this is short of expectations. The Cardinals are in worse shape, with the status of coach Bruce Arians entirely unclear and a number of key players potentially moving on from the NFL’s most veteran-heavy team. An 8-8 finish would be purely symbolic, but the Cardinals would probably take a symbolic victory at this point.

The hive mind predicts the Seahawks will win with high confidence and 80 percent brainpower.

The swarm predicts the Seahawks will win by seven to nine points, with 80 percent brainpower behind the pick.

More like this
Innovation
Sep. 17, 2022
Why everyday household chores may be practically impossible for today’s robots
By Ayonga Hereid and The Conversation
Innovation
Sep. 22, 2022
Trash can-sized robots could revolutionize how you travel — but there's a catch
By Molly Glick
Innovation
Sep. 13, 2022
AI can now detect pancreatic cancer better than radiologists
By Sofia Quaglia
Related Tags
Share: