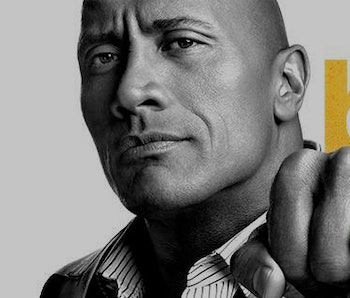 Though HBO’s new half-hour athlete lifestyle dramedy Ballers contains a number of implausible plotlines — including, but not limited to, the concept that a USC receiver can produce in the NFL — it never fails to hit the target. Blatantly conceived as Football Entourage, the pilot set up the decently realistic scenarios that viewers can expect to follow through the show’s run, most particularly the question of what NFL players do with their lives once their days of gridiron concussing are over.

The show focuses around Spencer Strassmore, a former Dolphin defensive end trying to break into the agency biz by working for a superagent. Spencer’s path into the game is through his friends, which includes troubled wide receiver Ricky Jarrett (played by John David Washington, Denzel’s son, who played in a training camp with the Rams). In the first episode, we see Strassmore stick his neck out for his friends in order to line up their business for his agency. They commune at a funeral for a former teammate who was killed in a car accident with his mistress — a cautionary tale and red flag thrown in the first five minutes of the episode — and all the friends can talk about is the woman in the front row who kept flashing Strassmore when he delivered his eulogy.

So, Ballers is very much a place for fantasies and exaggerated personalities to play ball. Spencer, tortured by a hit he laid on a Bills quarterback — sound familiar? — pops pills and drains his bank account to make a dent. Ricky Jarrett, who gets cut by the Packers following a viral video, is forced to kiss Tim Riggins’ dad’s ass in order to get a job with the Dolphins, where he seems to have played earlier in his career. Strassmore visits a former player’s house to lend him 300k, only to find out the player is completely wasting the money on parties and drugs. Many sweet cars show up. Boobs show up. The backdrop is Miami. This is Ballers.

While the pilot is more than content to trace out this season’s plotlines, it’s exactly as entertaining as you’d expect and filled with the kind of quotable absurdities you’d hope for. “You need to get off Twitter,” Strassmore mentions to Jarrett, despite the fact that Twitter hasn’t been brought up as a source of conflict. “Fuck Twitter, man!” Jarrett responds, which, true. There’s the fantasy football in-joke: “IDP league, that’s for suckers!” The NFL cameos are Desean Jackson (Spencer lectures him about depreciating assets: “If it flies, floats or fucks, lease it!”) and Antonio Brown. The show opens to Drake and Lil Wayne’s booming status anthem “Right Above It.” It’s as over-the-top as you want and it’s preparing to go even further.

Ballers is gonna be a ride. Strap up.