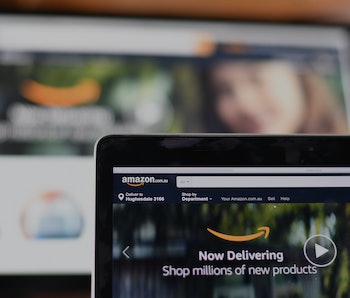 They say the holidays bring out the best in people, except when it brings out the worst. Turns out shopping is no exception.

For the 2017 season, shoppers flocked to their keyboard to buy some of the most popular — and strange! — items Amazon has to offer.

Amazon celebrated its biggest holiday season yet, according to data the company released Wednesday, with more than four million people starting its signature Prime membership this week.

In the past month, there were some obvious Amazon records broken, like the Echo Dot becoming the company’s top-selling device at the slashed price of $29.99. Then there were some intriguing chart-topping purchases, like the nonfiction book being Obama: An Intimate Portrait by photographer Pete Souza.

Amazon’s Alexa had quite the work cut out for it, with users asking the voice assistant some bizarre questions this year. Santa had an inexplicably huge year in 2017, according to Amazon, with Alexa fielding inquiries about St. Nick four times as much this holiday season than she had to last year. Alexa also helped mix tens of thousands of boozy cocktails, with the martini and manhattan being the most requested drinks.

On the other hand, there were more than a few eyebrow-raising purchases this holiday season.

On the fashion front: It is now 2017, and the UGG Women’s Classic Short II Boot is still among Amazon’s bestselling fashion items. In the kitchen, the bestselling item in the U.S. — and worldwide! — was the Instant Pot DUO80. In fact, customers purchased enough Instant Pot pressure cookers this holiday to make more than nine million bowls of chili at once!

Another Empire State fact! Treasure Truck customers purchased enough holiday wreaths that, when stacked one on top of the other, they would reach the top of the Empire State Building nearly five and a half times.

Amazon customers purchased enough shoes on Amazon.com during the holiday season that they would stretch from Alaska to Miami if lined up end-to-end. (Not sure why Amazon felt “Alaska” was as specific as “Miami,” but let’s assume somewhere in the Arctic wilderness.)

If you collected all of the copies of Walter Isaacson’s Leonardo Da Vinci that Amazon sold over the holidays, they would weigh the equivalent of 25,417 gallons of paint – enough paint to cover over Michelangelo’s Sistine Chapel ceiling 1,592 and a half times. *(This feels like an odd mixing of Renaissance painters to demonstrate a point, but sure.)

At this rate, who knows what Amazon’s holiday shopping trends will bring us next year!

More like this
Gear
Jan. 19, 2023
Why Apple's rumored smart display could be doomed from the start
By James Pero
Culture
Jan. 13, 2023
How Jake Gyllenhaal and Ryan Reynolds made a shockingly good Alien ripoff
By Josh Bell
Innovation
Jan. 25, 2023
Starship orbital flight: SpaceX successfully loaded the rocket with over 10 million pounds of propellant
By Mike Brown and Molly Glick
LEARN SOMETHING NEW EVERY DAY.
Share: