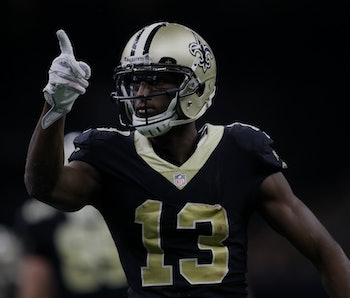 The New Orleans Saints have a chance to clinch the NFC South this week — or they could be eliminated from contention entirely. The Atlanta Falcons are out to make a serious statement about their Super Bowl return aspirations. A hive mind of about 30 NFL fans predicts the Saints will win.

The Saints and Falcons face off for the second time in three weeks, and last week’s home win for Atlanta has created some devilish scenarios. New Orleans is 10-4 and Atlanta is 9-5, with the Carolina Panthers also lurking at 10-4. So, let’s run through this: If New Orleans wins, they are definitely in the playoffs. If New Orleans wins and Carolina loses, then the Saints are NFC South champs. If Atlanta wins, they have a playoff spot. The Falcons can’t win the division this week, but an Atlanta win and a Carolina loss would eliminate the Saints from division title contention.

The swarm predicts the Saints will win by four to six points, with 78 percent brainpower behind the pick. The Vegas line favors New Orleans by five.