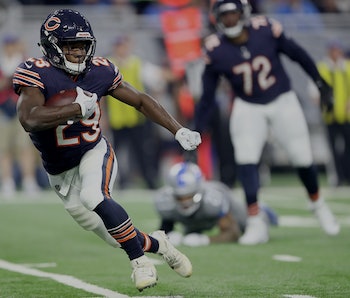 The Cleveland Browns are two losses away from becoming the second team to finish 0-16. The Chicago Bears are absolutely putrid enough to be the team that stops that from happening. A hive mind of about 30 NFL fans predicts the Bears will win Sunday.

It feels like years ago now, but the Cleveland Browns started this season with something resembling promise. They were still awful, mind you, but they kept games close enough to make one thing their young talent could grow into something given time. But defeats piled up, the front office experienced turmoil and turnover, and now the Browns are in very real danger of finishing the season 0-16, joining the 2008 Detroit Lions as the only teams to accomplish that ignominious feat. The Chicago Bears are a more normal kind of bad, by contrast, but if anyone can lose to Cleveland, it’s them. Also, the Browns are playing the 11-3 Pittsburgh Steelers next week. This is the game to get the victory, Cleveland.

The swarm predicts the Bears will win, though only with low confidence and 83 percent brainpower.

The hive mind predicts the Bears will win by four to six points, with 75 percent brainpower behind that pick. The Vegas line favors the Browns by seven.