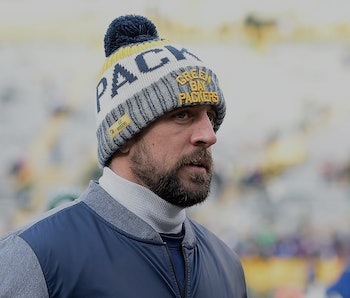 The Green Bay Packers got just enough out of backup quarterback Brett Hundley to survive the injury to star Aaron Rodgers, but now possibly the best quarterback alive is back Sunday — and not a moment too soon, as the Packers face a tough Carolina Panthers team. A hive mind of about 30 NFL fans predicts the Panthers will win.

Making his first appearance since October 15, Rodgers should give Green Bay a much-needed jolt as they look to win their final three games and try to sneak into the playoffs at 10-6. It’s hard to imagine a much tougher first opponent back than Carolina, though, which looks to be peaking at the right time for the stretch run and has a real shot at taking the NFC South crown. Throw in the fact that Cam Newton and the Panthers offense matches up well against Green Bay’s lackluster defense, and Rodgers may have to instantly regain his world-best form for the Packers to get the win.

The swarm predicts the Panthers will win by seven to nine points, with 79 percent brainpower behind it. The Vegas line has the Panthers by just 2.5 points.