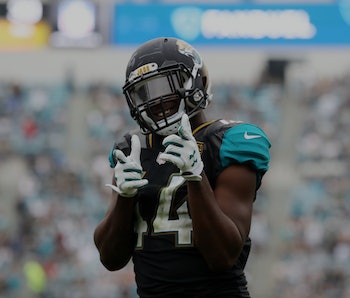 Both the Seattle Seahawks and Jacksonville Jaguars come into this game 8-4 and still looking to make moves to win their respective divisions. That’s business as usual for the Seahawks. Not so much for the Jaguars! A hive mind of about 30 NFL fans predicts the Seahawks will win Sunday.

The Jaguars are looking for their first outright winning season since their 11-5 campaign in 2007. It’s been a little while! In that intervening decade, the Seahawks have made the playoffs six times, including six of the past seven seasons, with a Super Bowl win and another close title game loss. They know what it’s like to be in late-season, high-pressure situation where a win or a loss could alter the trajectory of one’s year. Not so much the Jaguars, who have a chance to make one hell of a statement by getting their ninth win against the seasoned Seahawks.

The swarm predicts the Seahawks will win, though only with low confidence and 76 percent brainpower.

The hive mind sees this one as perilously close, picking the Seahawks to win by one to three points with 85 percent brainpower behind the prediction. The Vegas line favors the Jaguars by 2.5 points.

More like this
Innovation
Jan. 19, 2023
A robot choreographer reveals why M3GAN — and all robots — should dance
By Molly Glick
Entertainment
10 hours ago
Robert Zemeckis Has Found His Latest Tech Tool With AI De-Aging — And That’s Good
By Dais Johnston
Gear
11 hours ago
Why Mercedes-Benz’s Self-Driving Milestone is a Big Deal for Autonomous Cars
By Jackson Chen
LEARN SOMETHING NEW EVERY DAY.
Related Tags
Share: