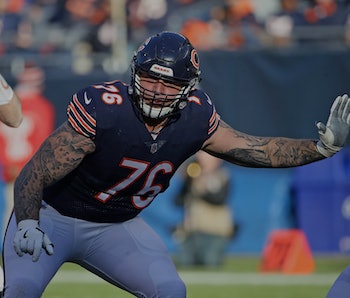 Are the Cincinnati Bengals out of the playoff chase? They are 5-7 and 12th in the AFC, so, probably? Though have you seen how bad the AFC is this year? Anyway, they get to play the Chicago Bears this week, who come in looking to snap a five-game losing streak. A hive mind of about 30 NFL fans predicts the Bengals will win.

There are teams in worse shape than either the 5-7 Bengals, who at least have recovered a bit from a terrible 0-3 start, and the 3-9 Bears, who seem like they maybe have something in number one overall pick and rookie quarterback Mitch Trubisky. But there’s a very good chance neither Marvin Lewis nor John Fox will be back as coaches of their teams next year, so there’s a general feeling of playing out the string here. In Fox’s case, he has the worst winning percentage in Bears history over his three years with the team. Lewis is actually the winningest coach in Bengals history and has been there since 2003, but yeah, it feels like it might be time. Though hey, a four-game winning streak might just sneak the Bengals into the playoffs, and who better to start it against than the lowly Bears?

The swarm predicts the Bengals will win, though it’s only a low confidence pick with 81 percent brainpower. A good chunk of the dissent is for a high confidence Bengals pick, admittedly.

The hive mind predicts the Bengals will win by seven to nine points, with 83 percent brainpower behind the pick. The Vegas line has Cincinnati by six points.