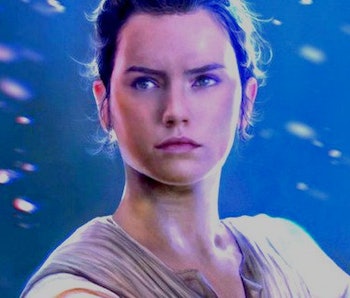 Proving Star Wars movies can still surprise us, the latest shocker from Episode VIII— The Last Jedi has nothing to do with spoilers about any of its characters. Instead, the length of the movie has officially broken a Star Wars tradition. Because the runtime for The Last Jedi is 152 minutes, this makes it the first Star Wars film to be over 2 and 1/2 hours.

On Tuesday, the British Board of Film Classification released the rating and runtime for Star Wars: The Last Jedi. The film’s rating in the UK is 12A which is the equivalent of PG-13 in the US. (All Star Wars films released after 2005’s Revenge of the Sith have been rated PG-13.) But its the runtime that will surprise both casual viewers and diehard fans. If you’re thinking that they don’t make Star Wars movies like they used to, the reality is no one ever made them like this. At least not this long.

For reference, here are all the runtimes of the existing canonical live-action Star Wars films to date. (This excludes the Ewok movies and the Holiday Special and The Clone Wars movie)

The Empire Strikes Back: 127 minutes (2 hours and 7 minutes)

To put this in perspective, The Last Jedi is only 17 minutes longer than The Force Awakens. But, from a storytelling perspective, 17 minutes is about three minutes shy of your average episode of a sitcom likeThe Big Bang Theory. So, all that extra time could add up to a lot more story. One unique challenge of The Last Jedi is that it not only has to move the story forward but also explain at least a few mysteries left over from The Force Awakens.

For this reason, perhaps these extra minutes are spent on the film’s flashbacks, which almost certainly explain what caused Luke’s Jedi Acamedy to be burned down by Ben Solo.

Aesthetically and tonally, whether or not getting more Star Wars in our Star Wars results in a better movie remains to be seen as the future of the Force continues to be in perpetual motion.

The Last Jedi opens everywhere on December 15. Check out all of Inverse’s coverage here, plus our new Last Jedi Wishlist series.